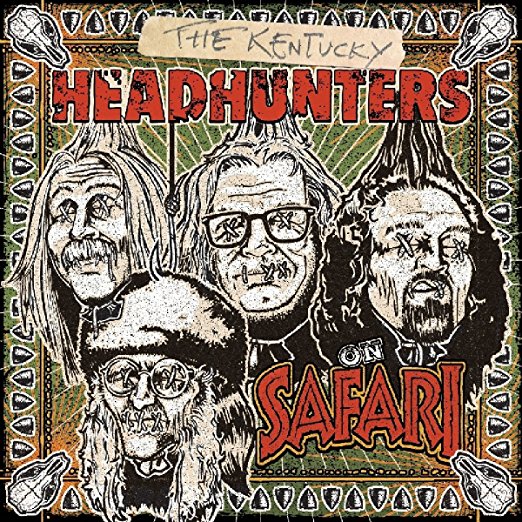 With nearly 50 years of success spanning multiple genres, The Kentucky Headhunters release of On Safari, is finally available for you anxiously awaiting fans. The southern rock, soon-to-be classic project tips the hat to family and the southern way of life. Click here to watch a behind-the-scenes video of the band in the studio recording On Safari.

On Safari comes after several life-changing events for The Kentucky Headhunters. Band members Richard and Fred Young lost their father just three days before heading into the studio to record On Safari, causing the Headhunters to let their guard down and pour even more emotion into the record, which they have dedicated to the memory of their father.

Coming off the heels of their first-ever European tour, The Kentucky Headhunters are reinventing themselves yet again for their 12th studio album, drawing inspiration from their recent travels across the pond. The band credits Richard Young’s son, John Fred, and his bandmates of Black Stone Cherry for pushing them out of their comfort zone to make the trek overseas, where many of the Headhunters’ rock influences call home.

“What makes you weak, makes you stronger,” says rhythm guitar player and vocalist Richard Young of the band’s experiences together in 2016.

That quote seems to be the theme for On Safari, and southern rock fans can be certain of a strong showing by the GRAMMY award-winning group. Touted by Billboard as a “great American rock ‘n’ roll band,” The Kentucky Headhunters continue to bring their rocking, energetic live show across the U.S. and Canada, showcasing the one of a kind sound that has given them the longevity in this industry that many acts only dream of.