Once Upon A Time In The South Loop 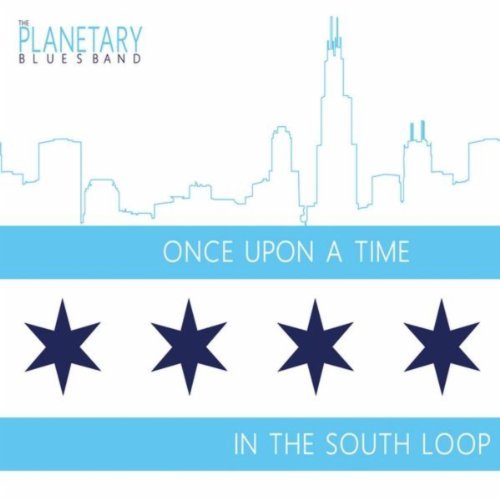 Once Upon A Time In The South Loop
The Planetary Blues Band
Label: Indie
Reviewed: June 2, 2013

If Boomerocity is anything, it’s a sucker for the blues. So, when I receive a CD of an up and coming band that says it’s a blues band, the Boomerocity radar lights up. Such was the case when Once Upon A Time In The South Loop by the rising blues ensemble, The Planetary Blues Band was delivered to the sprawling and highly secure Boomerocity corporate campus.

Upon popping the disc into the player, I was greeted with some great blues-rock that did not disappoint me in the slightest. This is what the Rolling Stones would sound like if they were just starting today: a band dedicated completely to the blues. As proof that the crossroads has been burned into the band’s DNA, they regularly perform at Buddy Guy’s Legends in Chicago and have even performed with the man himself. How cool is that?

Once Upon A Time In The South Loop offers up ten great blues/rock tunes that will create delightful earworms in your cranium. The three randomly chosen Boomerocity favorites from this album are:

This Precious Existence is philosophical in content and Blueberry Hill in sound. I love it!

Blues Resurrection is so deep and so real that you could almost swear that you’re in some wooden shanty of a blues bar in some southern backwoods, with the stale smell of smoke and illegal whiskey in the air . . . but all you hear is the music. This is the Boomerocity favorite of the album.

Running a very tight, close second place for favorite is When I Say I Love You. Wow! Great blues guitar and bluesy lyrics will loop in your brain for the whole day immediately upon first listening to this song.

Keep an eye on The Planetary Blues Band, folks. These guys are going places.

The Planetary Blues Band , Once Upon A Time In The South Loop

The Side Deal Becoming The Real Deal
1834 views
Posted February 2020  If one hears the phrase, “side deal”, it can conjure up different images...