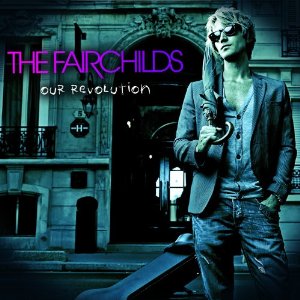 The Fairchilds is a band led by French singing/songwriter, Cyril Niccolai. The son of successful doctors, Niccolai broke away from his studies in medicine to pursue what was really his heart’s passion: music. Honing his vocal and performing skills in various musicals in France, garnering critical acclaim in shows such as Notre Dame de Paris.

The band’s first album, Our Revolution, is a 12 song powerhouse derived from over 200 songs that Cyril had written. The influences of Niccolai’s idols such as Elvis, U2, Bon Jovi, Guns N’ Roses, the Goo Goo Dolls, Muse and many others are evident. But make no mistake about it: Cyril Niccolai is his own man and his music reflects that fact.

Each cut on Our Revolution are musical gems that can stand quite well on their own. The first track, I Need You, is a song that contains a quote from Martin Luther King, Jr., “means we use shall be as pure as the ends we seek” and was inspired by the election of President Barack Hussein Obama and the wave of optimism that swept among his supporters. Regardless of your political leanings, the song will certainly inspire and uplift you.

The CD’s first single, Unbreakable, is a commentary one’s pursuit of dreams despite the odds against accomplishing them and passionately reflects his own experiences during those times. Story of My Life piggybacks on this theme, somewhat, a couple of songs later with a light, happy-go-lucky vibe to it. It’s sure to lodge itself into the listeners mind, causing them to hum the tune for hours afterward.

The Boomerocity favorite on this album is High. Rich in melody and majestic tone, this song suffered “repeat button abuse” . . . repeatedly. While all the songs are great on this album, High is worth the purchase price alone. A very close second Boomerocity favorite is the Beatlesque Misery Likes Company. Incredibly well written and performed, this tune is destined should find its way to becoming a timeless classic.

Boomerocity is going to keep a close eye on Niccolai and the rest of the Fairchilds. They’re on deliberate, methodical path to well deserved stardom. 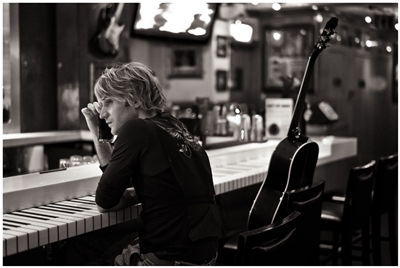 Cyril Niccolai, The Fairchilds, Our Revolution