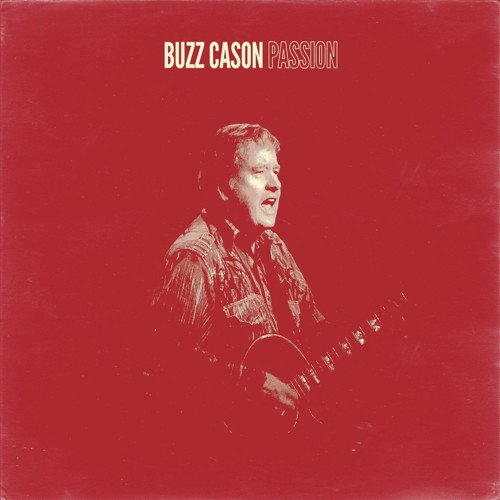 Deep into his legendary career, Rockabilly Hall of Famer, iconic singer/songwriter Buzz Cason is still in love with the art of songcraft. It is proven on his new album Passion – to be released on February 17 via ArenA Recordings.

With a rich history as a producer, songwriter, artist, and publisher, it still all comes down to the songs for Buzz. Cason remains the consummate troubadour. It’s encapsulated right in the title: Passion. The fervor and excitement of the songwriting process, and the satisfaction of making a new record still burns bright after decades in the music business.

Following the success of Troubadour Heart (2014), and Record Machine (2015), Passion continues Buzz Cason’s undying love of music. The album was recorded at the Cason family studio Creative Workshop in Berry Hill, Nashville, which is also the home of the Alamo Jones show (heard on SiriusXM’s Outlaw Country). Additionally, Jimmy Buffett’s High Cumberland Jubilee was the first recording at the studio in 1970 -- Cason co-wrote songs with Buffett for this record.

Enlisting the help of his producer / songwriter son Parker Cason on Passion, his unique production style gives the recording a “fresh feel”, according to Buzz. Ranging from traditional country and roots to classic Rock ‘N’ Roll, Passion takes listeners by the hand and invites them into Buzz’s soul.

“This record is intensely special for me since we molded elements from various genres musically from my career and attempted to make a recording that will satisfy the taste of the diverse listener,” states Buzz.

Songs such as the title track “Passion”, “The Ballad Of Berry Hill”, and “We Soldiered On” display Cason’s poignancy as a storyteller. “Just As Gone,” which was co-written with singer/songwriter Billy Swan, is an ode to times gone by, which was recorded at Anthony Crawford’s studio in Loxley, AL. Crawford (of Sugarcane Jane / Willie Sugarcapps) also plays several instruments on the song. Each song paints a picture, transporting the listener through a musical landscape.

Crafting such classics as “Everlasting Love”, which has charted in every decade since its inception (Robert Knight, Gloria Estefan, and U2), and “Soldier of Love”, covered by such wide-ranging artists as The Beatles, Pearl Jam, Marshall Crenshaw and Arthur Alexander, Cason is deeply entrenched in music history, having sung background vocals with diverse artists, from Bob Willis in 1963 for Liberty Records, to Kris Kristofferson, Willie Nelson, and Waylon Jennings, as well as Jimmy Buffett, Kenny Rogers, and Elvis.