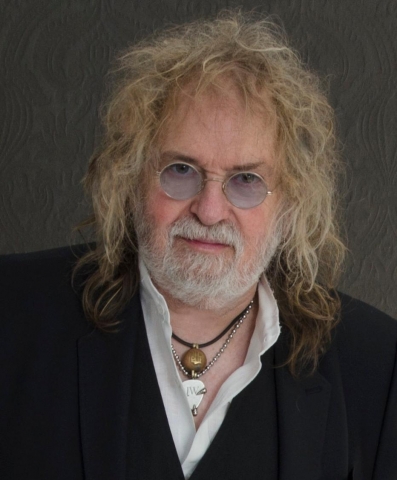 One thing is for certain: America absolutely loves Texas singer/songwriter, Ray Wylie Hubbard. No matter where he performs, it’s pretty much always to a capacity crowd.

The next most popular Hubbard related event is when he releases a new CD, which he just happened to have done with, “Tell The Devil I’m Gettin’ There As Fast As I Can”.  It was for that album that I recently chatted with Hubbard for the second time in as many years. Already, the disc is creating lots of buzz.

“Well, everybody seems to like it. Like I say: I’m not a mainstream guy. I’m kinda that whole American/Folky Blues thing. All the response that I got from everyone – they really seem to like it.

“It’s not really a concept album but it’s kinda got - when you really think about it, it

is. Ha! Ha! It starts off with me re-writing Genesis – or paraphrasing Genesis, as a matter of fact – then it goes through all this stuff and then it ends up with me pleading my case before the court of Heaven.

“Like I say: I’m kinda old school when it comes to old records, you know? You put it on the first one and it’s kinda sort of like a movie, in a way. The idea of doing a single never crossed my mind, ever. I just write the songs and put them together.

“But, to answer your question: People seem to have liked it when it’s been out there. I feel very grateful for that.”

Ray always touches on the spiritual in a lot of his songs but this album is pretty spiritual from the first cut to the last. I asked if there was any particular reason for this.

“You get to be an old guy like me and you kinda start thinking about your mortality. One of the ideas of it is that I hope God grades on a curve. Ha! Ha! I’m not Mother Teresa but I’m Attila the Hun, you know, so maybe a C- will get me in kind of a cul-de-sac, somewhere.

“But, yeah, you kinda get there but also I’m not very, extremely dogma but I try to 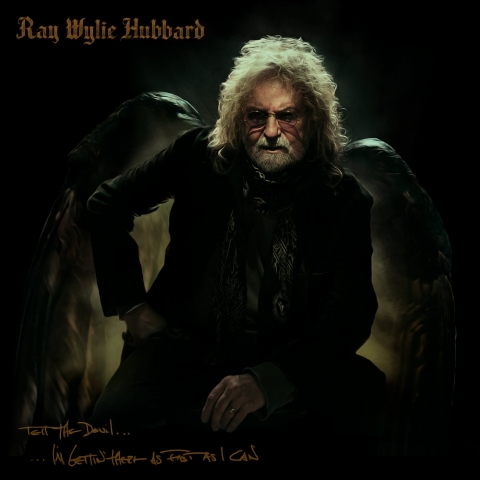 In describing his religious/spiritual views, Hubbard said: “Being honest. Not holding resentment. Showing courage when you need to. Caring. Having some compassion. That’s about it. Ha! Ha!”

Back to the CD, I asked Ray if there any of the songs leftovers from any of his previous projects.

“Not really. As I kinda write the songs – and when I get ten or eleven of them I’ll record them and then I put that record out and then I start writing again. So, I don’t think any of these were left over at all. These were all news from The Ruffians Misfortune.”

As for which cut from the disc he would point to as a calling card for the whole album, Ray said: 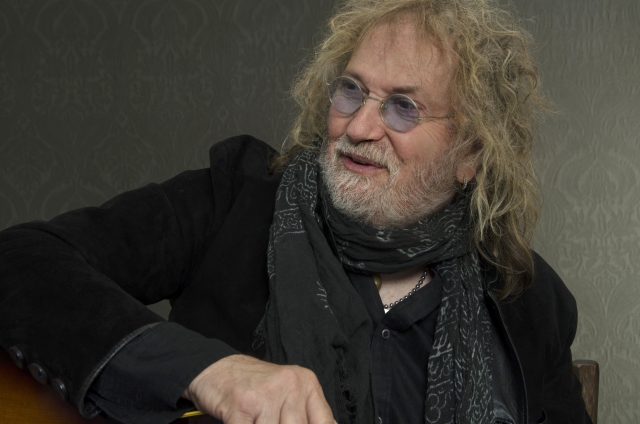 “Well, it actually would be the title track: Tell The Devil I’m Gettin’ There As Fast As I Can. That’s the rock and roll fable, you know? That whole idea there’s a musician and he played the Strat and the loud stuff. Was in a cover band, doing the Clash and the Kinks. Then he got him an old Gibson and a small amp and he this alt Country thing and then he falls in love with a wild, tattooed woman, which, to tell you the truth isn’t a fable, is it? It happened to me.

“That’s the title track and I thought about it a lot. It’s kind of a weird, long title. But, then, I went, ‘Yeah, that’s kind of that lifestyle.’ Then, all of a sudden you realize that 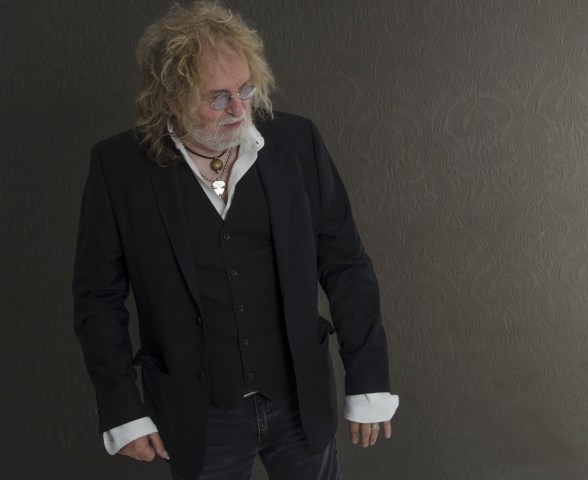 – the devil being a metaphor for time passing on. I’m getting there as fast as I can, whatever the ending is.

“That’s kinda the centerpiece of the album. Plus, having Eric Church and Lucinda sing on it, that’s just added frosting to the cupcake, I guess.”

I asked if they were in the studio together or did he send the files back and forth.

“Yeah, we sent the files back and forth and they were just gracious enough to do that.”

Which song is nearest and dearest to his heart?

“Well, I guess the last song: In Times Of Cold, ‘cause all of a sudden we were sweatin’ around some this last winter and Judy was going – something was going on. She had a couple of quilts around her and was just cold and everything. I just 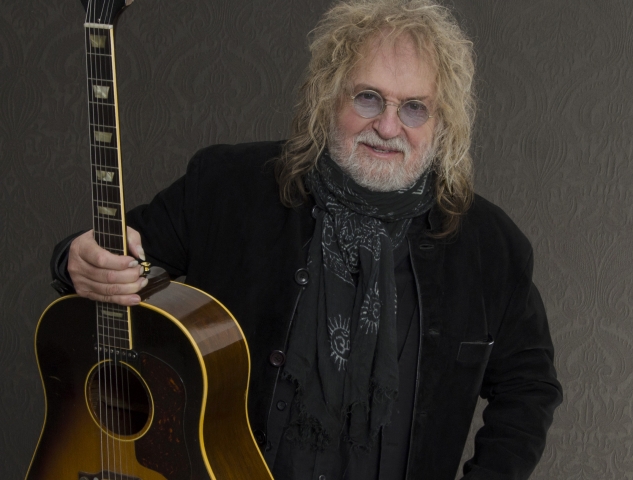 started thinking, ‘Man, when I do pass on, I’m not going to be there to comfort in times of cold. That’s one that I wrote for her and kinda us for the time being. They say that love never dies. Maybe the human body does but the essence and the mind – that love would still be there. I kinda started thinking like that: ‘Well, my goodness. In times of cold, be here.’ It kinda comes back to thinking about your mortality, I guess, as you get older. So, that’s one that’s very personal to me. I just kinda wrote it and said, ‘Well, it really doesn’t kinda fit the rest of the record, in a way but I’m going to go ahead and out it on there.’”

When asked what the crowd favorite seems to be, Ray said, “Oh, gosh! Well, we’re only doing about four of ‘em and it’s just kinda new now. I think Lucifer And The Fallen Angels is pretty much root screamin’ rock and roll. That whole idea – pickin’ 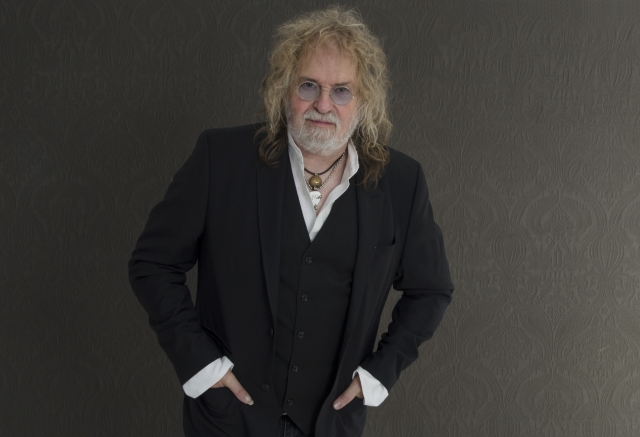 up Lucifer and some fallen angel and robbin’ a liquor store and bein’ all that stuff. So I get to put my little digs in there, you know what I mean? But it does rock. It just straight ahead, old school, kinda Johnny Winter slide on it. That’s really one that I think the audience really, really enjoys a lot.”

Asked if he thought the new country is like classic rock and is why people gravitate towards it.

“I can’t remember the exact quote. ‘If you can get ‘em to move their butts, then their mind and heart follows.’ Ha! Ha! Get ‘em to get that groove; get that back beat where they rock back and forth, groovin’ to it. That’s really an important thing, in a sense. Not to be facetious but like I say, the idea of the body locking into the groove and then the lyrics and maybe the insight comes later. So, yeah, I think everybody to get down. If you got the boogie in your bones, it’s got to come out. I think John Lee Hooker said that.”

Is there a song that he thinks people don’t get?

“Well, everything’s pretty cut ‘n dry. To answer your question, I hadn’t really thought of it like that. Everything’s pretty wide open. The song, Prayer, is pretty much where I’m at. I don’t know much about the sacred. I’m not into the Ecclesiastical but, hey! God doesn’t really need to hear my prayers. I need to hear me praying, which puts me into a better place than not. Ha! Ha! You know what I mean? It’s not the only thing I do, it’s the best thing that I do. It’s where I should be, is to keep in that state; that conscious contact type thing.”

In the last interview with Ray Wylie Hubbard, I asked him how he hoped to be remembered and what he hoped his legacy would be, to which he said: “He was a cat who preferred spirituality to religion conversion.” He then went on to say, “I don’t really think about it like that. I enjoy writing any songs where I can contribute to other peoples’ lives. I’d like to see if I can bring joy to someone’s life. When I play a gig, I like to see people laugh, dance, and sing along.”

How does he answer that question now?

“He was a cat who preferred spirituality to religion conversion.” Then you went on to say, “I don’t really think about it like that. I enjoy writing any songs where I can contribute to other peoples’ lives. I’d like to see if I can bring joy to someone’s life. When I play a gig, I like to see people laugh, dance, and sing along.” So, now that you’ve done a spiritually oriented typed of CD, how would you answer that question today?

“Ditto. Ha! Ha! Same thing. No, I’m just kidding. That worked then. It works now. It’s the same thing, you know? I just really write these ol’ songs and somewhere in there it’s seeing what I can contribute rather than just what I can get. I’m not writing songs because I’ve got a publishing deal and I’m not writing songs to try to get some Nashville guy to record ‘em. I’m just writing these songs and seeing if I can, like I say, bring a smile or a joy or somebody just pattin’ their feet. Or, if they had a bad day, just can smile about something.

Stay up on all things RWH at his website, RayWylie.com.

Bernard Fowler Inside Out
1200 views
Posted April 2019 Boomerocity and its readers are Rolling Stones fans. Not just fans of Mick, Keith...