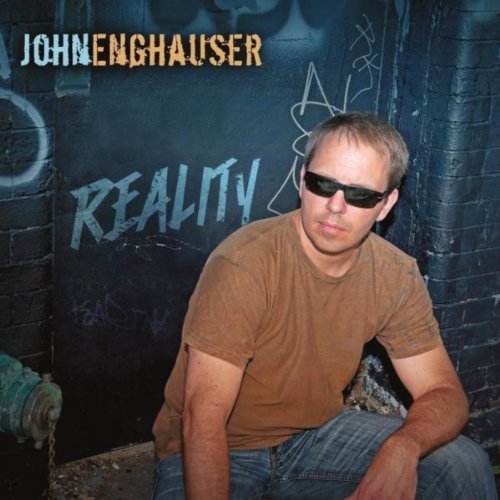 It is said that “reality” is defined as, "The state of things as they actually exist, rather than as they may appear or might be imagined." The world around us and the things we all experience on a daily basis as seen through the astute eyes of John Enghauser comprise the twelve insightful tracks on his rockin' new album, Reality.

Making the arduous cross-country move from the relatively chill vibe of San Francisco to the 'round-the-clock hectic pace of New York City may have affected many other musician's songwriting, but not John. The soft-spoken, tall Michigan native has always maintained a cool, calm demeanor; living in The Big Apple hasn't changed that part of Enghauser at all.

Reality delves head-first into meaningfully relevant subject matter ranging from the male-female dynamic in the blues-y guitar-driven Keep Your Jacket On; the seductive rocker, Black Dress; a shuffle-groove in Rubberband about a woman's domination over her boyfriend; and as Enghauser explains, "a message asking our predecessors if they would have made the same environmental mistakes in hindsight" in the mid-tempo jazz shuffle, Tears Of Yesterday; to the funky groove of This Fate I See - "about the silent March in Tehran after the stolen vote...a song of hope and optimism that things will change for the better", explains Enghauser. The clever title track is a double entendre' - "a satirical lyric poking fun at Reality TV stars and wannabes, their issues and insecurities... who think that by becoming famous, they'll make the significant other that just dumped them feel regret." Enghauser wrote, arranged the album performing lead and background vocals, electric and acoustic guitars as well as keyboards and hand percussion.

Are you looking for fresh, new music by an up-and-coming, highly talented and original artist? Then you’ll want to order or download John Enghauser’s Reality today!