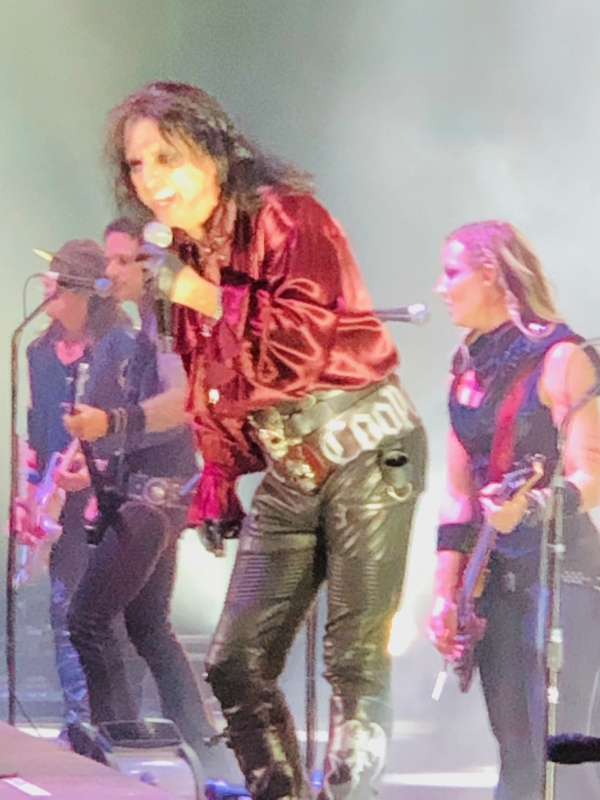 Photo by Randy PattersonLast night’s Alice Cooper show was one for the record books. As Alice told Boomerocity in last month’s interview (here), he was completely re-vamping his show.

And that, he did.

While he kept many of the crowd favorites like Feed My Frankenstein, No More Mr. Nice Guy, I’m Eighteen, Billion Dollar Babies, Poison, and School’s Out (during the two song encore with Halestorm’s Lzzy Hale), Coop also dug deep into his rich arsenal of musical weaponry for such deep cuts as Bed of Nails, Raped and Freezin’, Muscle of Love, Roses on White Lace, My Stars (a Boomerocity favorite), Devil’s Food, Steven, Dead Babies, I Love The Dead (performed by the band sans Alice), Escape, Teenage Frankenstein, and (for the first song of the encore) Under My Wheels.

As he also mentioned in last month’s interview, he’s retained all of his band for this tour. The 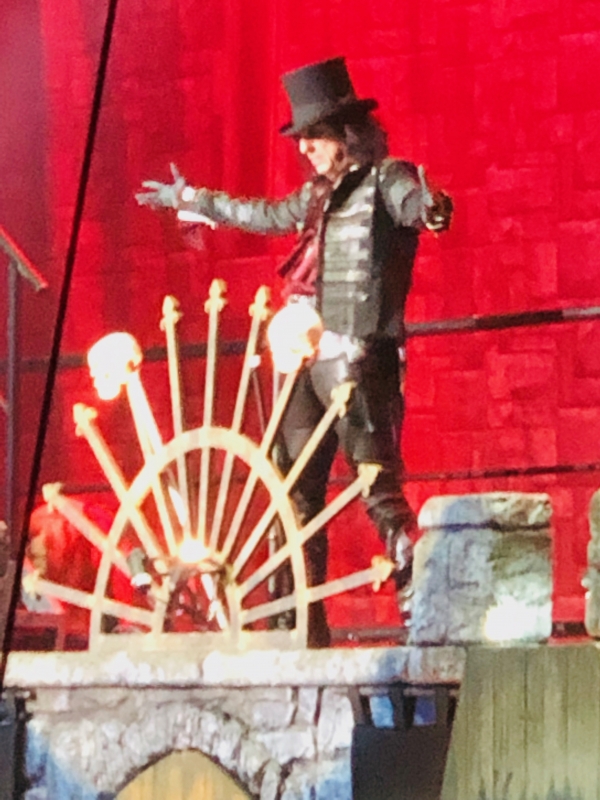 Photo by Randy Pattersonband is as tight and hellish hot as ever and, of course, a sonic joy to listen to. As for stage props, the guillotine is still part of the show, as is the creepy monster. New to the show is an equally as mobile and giant baby (envision the Michelin Tire guy as a baby and you’ll come close to getting what I’m talking about). The tike darn near stole this show. Fortunately, it’s diaper was a good fit.

This was Boomerocity’s third time seeing Alice in 17 months. Each and every show was a delight. I say that because one may be tempted to not catch Coop during this tour if they have seen him before – especially recently, as Boomerocity has.

Don’t fall into that trap. The show is WELL worth catching.

You can see the current tour itinerary here on Boomerocity or here at AliceCooper.com.

Steve Vai Is Inviolate
343 views
Posted January 2022 Click Above To Order Your CopyWhen I first launched Boomerocity 12 or so years ...