Last night, I experienced a musical night of historic proportions that I haven’t experienced since seeing Elvis Presley in 1973 . . . and I don’t say that lightly.

I’m talking about a fundraising event hosted by legendary guitarist, James Burton, for his foundation whose purpose is to put music – especially guitars (thousands of them) in schools and rehab institutions.

Burton invited a large number of his friends to come and perform and they did so on their own dime. What kind of friends, you ask? Legends such as Brian May of Queen, Joe Walsh (The Eagles), Sammy Hagar, Mickey Dolenz (The Monkees), Jason Scheff (Chicago), Paul Shaffer (The Late Show with David Letterman), Vince Neil (Motley 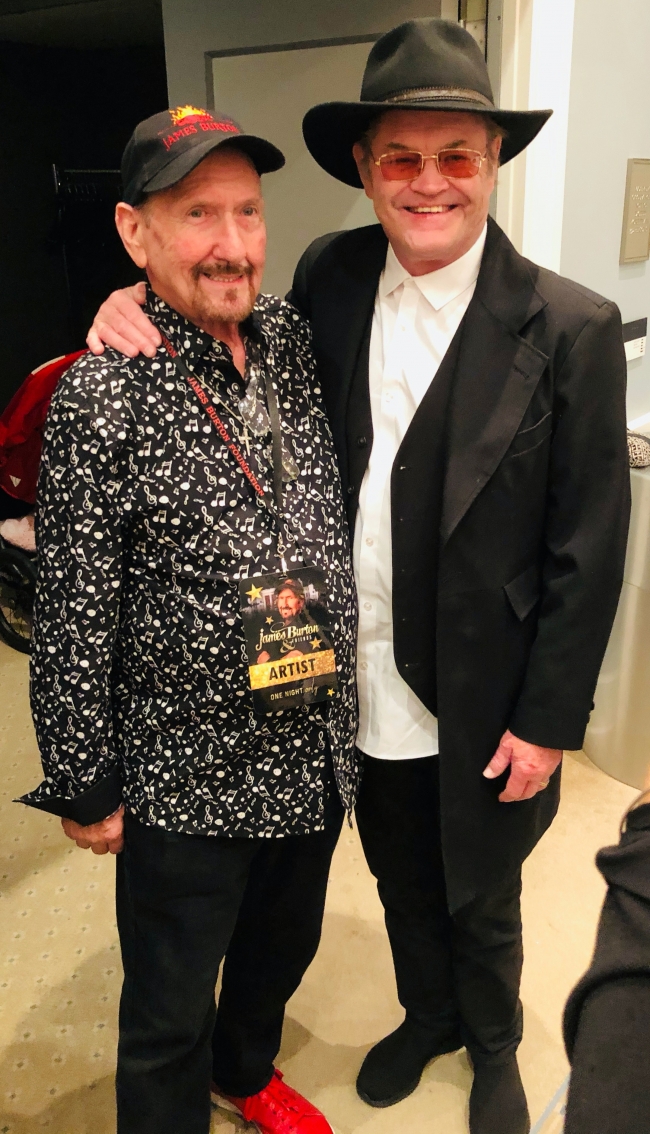 This show was four hours of musical magic. Imagine watching Joe Walsh and Brian May performing Rocky Mountain Way or Jason Scheff with Brian May serving up a scorching version of Chicago’s 25 or 6 to 4. And that doesn’t even scratch the surface.

What was great about the whole night was that its purpose was to raise money to put music back into schools and into the hands of kids and veterans.

It’s unconscionable that with all the money collected in taxes for education systems across the country that musical education has been cast aside. But, cast aside it has been. Mr. Burton has raised money to fix that travesty of education. Please help James continue to accomplish his gargantuan mission by contributing to The James Burton Foundation directly (click here). Contribute now. Contribute often. It’s a phenomenal cause.