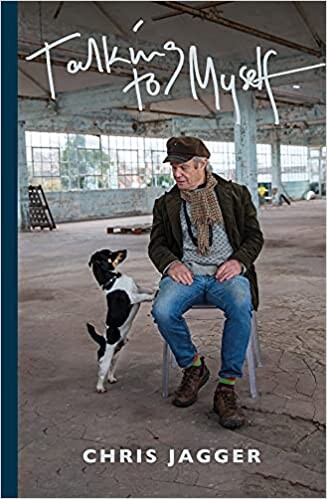 Chris Jagger always seems to be busy with one project or another. So, it’s not surprising that he kept himself quite busy finishing his memoir, which he’d begun the year before, during the pandemic, and the fruits of his labor can be enjoyed on September 10, 2021, when BMG releases his latest album, Mixing Up the Medicine, and publishes his autobiography, Talking to Myself.

With Mixing Up the Medicine, Jagger has made a joyful, life-enhancing album that distils his affinity for a wide range of musical styles into ten tight tracks. To create these songs, Jagger again teamed up with his long-standing musical wingman, multi-instrumentalist Charlie Hart (Ronnie Lane’s Slim Chance, Wreckless Eric); however, they also had an unusual, and unexpected, collaborator for three songs: the obscure 19th-century poet Thomas Beddoes. As Jagger explains it: “I was reading this book by Ezra Pound, and he mentioned Beddoes. I found this book of his called Death’s Jest Book, in which he wrote these kind of weird plays. I read some of his verse and took them and put them to music.”

The Beddoes-bred songs include the irresistible Madness-like ska-pop opening track, “Anyone Seen My Heart?,” the sea shanty-ish “Loves’ Horn,” and the voodoo soul-infused Wee Wee Tailor.” The Jagger/Hart numbers, meanwhile, draw upon Jagger’s rootsy interest and Hart’s being something of a “jazzer,” as Jagger described his pal. This loose, lively mix surfaces sublimely in the New Orleans sass of “Merry Go Round” (also the album’s first single), the in-the-wee-small-hours croon and groove of “A Love Like This,” Jagger’s autobiography-inspired “Talking to Myself,” and the comforting bluesy lament of “Hey Brother,” a lovely ode to lifelong fraternal bonds.

One thing, however, unites all the songs: a relaxed, raw quality that conveys the warm sense of a band of brothers having a ball. “Let’s face it, we’re coming to the end of our careers,” Jaggar concedes. “You never know if it’s gonna be your last record. So, with all the players I got the feeling that they were going out to show that they still had it, and they would put more into this than if this was just a regular session. They were totally committed.”

Billy Vera Discusses His Career and Little Richard
17758 views
Posted June, 2015 The name, Billy Vera, may or may not ring a bell with you but you most certainl...