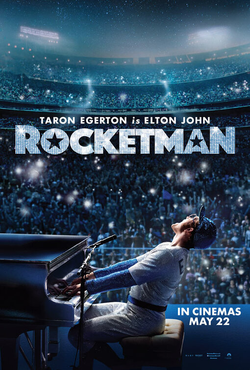 As a teen in the 70’s, I was a huge fan of Elton John. It started in the summer of ’74 when his megahit, Don’t Let The Sun Go Down On Me, hit the air waves. It came during a very trying time for me and my family and there was just something about that song that I identified with during that time.

From then on, I’ve been a fan of his work and have followed him in the press.

When the buzz began on the movie, Rocketman, I chose only to note when the movie would hit theaters. The reason being is that there’s always pre-release “drama” (real or staged) that can distort the perception of a movie as well as hype up the turnout on release dates. The one thing that did get past that self-imposed embargo of information was that the movie used certain songs out of sync with their actual release dates.

No harm. No foul.

So, when I hit the theater yesterday afternoon for a matinee viewing of Rocketman, I really had no pre-conceived notions or expectations to speak of. I went to be entertained.

And entertained I was.

If you go to watch Rocketman expecting a bio pic/rockumentary ala Bohemian Rhapsody, you might be disappointed . . . but you shouldn’t. Some parts musical; some parts historical; many parts commentary; it’s really more Sir Elton’s wish that you see of his life, his sadness, his heartbreaks, and why he is what – and who – he was - and is - from his perspective and not that of a fan.

Consequently, I came away from Rocketman feeling that I saw a very entertaining presentation of Elton’s view of his own life from childhood through his commitment to sobriety. In my opinion, it’s also a very warts-and-all presentation as to why he chose the gay lifestyle.

It’s not a pretty story.

Any Elton John fan knows his story. An estranged father. A tumultuous relationship with his mom that included not speaking with her for several years, reconciling (of sorts) two years prior to her passing at the age of 92.

Such it often the result of being raised in a highly dysfunctional family. It’s clear from the film that, like all young kids, he ardently craved love, affection, and acceptance from his parents. The film will sadden the viewer as they watch the young Reginald Dwight (Elton’s given name) ache for love and acceptance from his apparently self-centered parents.

Taron Egerton’s portrayal of Elton is bang-on and totally believable. He definitely reached into the heart and soul of the piano player and channeled him.

Yeah, he was that good.

Many scenes are set to musical-like productions (thus, the “part musical” label). I sense that this was the only way that Elton could dull the pain of sharing his story – much like a comedian does by joking while sharing their heartbreak.

If Bohemian Rhapsody won Grammy’s, so should Rocketman.

I believe that you’ll go to see Rocketman as a fan, watch it as a compassionate human watching a gripping human interest story, and come away viewing your fellow human beings through different spectacles: Elton’s. 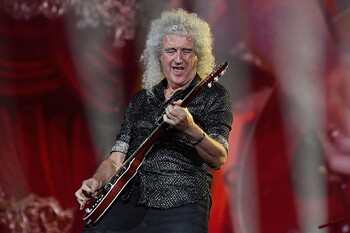 Billy Vera Discusses His Career and Little Richard
18016 views
Posted June, 2015 The name, Billy Vera, may or may not ring a bell with you but you most certainl...