Bee Gees' One For All Tour: Live In Australia 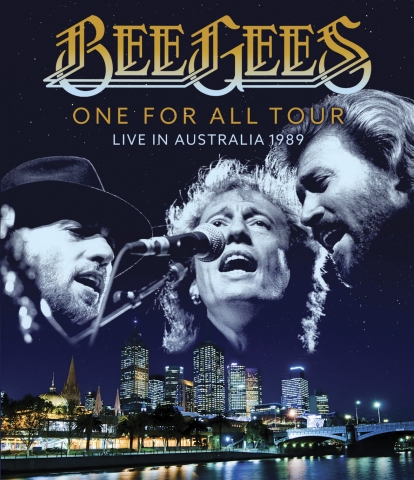 Bee Gees’ One For All Tour: Live In Australia

Guys, break out your white Angel Flight suits because this week (February 2, 2018), the Bee Gees’ One For All Tour Live In Australia 1989 will be released on DVD, SD Blu-ray, and Digital Formats via Eagle Rock Entertainment. Rest assured that nostalgia will reign supreme.

Fully restored with newly mixed and mastered surround sound, One For All Tour Live In Australia 1989 shines with performances of “Stayin’ Alive,” “How Deep Is Your Love,” “Massachusetts,” “Jive Talkin’,” and more.

Filmed at The National Tennis Centre in Melbourne, Australia, this concert film captures the brothers Gibb in the midst of their One For All World Tour, following the release of their eighteenth studio album One.

With over 200 million records sold worldwide, the Bee Gees stand as one of the world’s best-selling music artists.