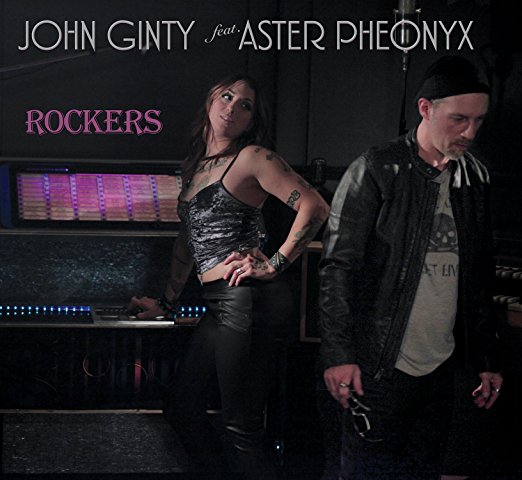 To the casual blues fan, the name John Ginty may not ring a bell but among diehard blues aficionados, eyes widen, eyebrows raise, and smile cross lips at the mention of his name or at the sound of his prowess on the Hammond B3.

Hailing from New Jersey, Ginty has quite the pedigree. He’s played for Jewel, Santana, and Robert Randolph (to name a few) as well as enjoying a solid solo career with three solo albums to his credit.

While on tour promoting his last CD, No Filter (RMR Charts Top Blues Rock Album of the Year), Ginty and his band performed at the legendary Wonder Bar in Asbury Park. Opening

Fans of Ginty will be thrilled to know that he has a new CD, Rockers, featuring vocalist Pheonyx. Ginty invited her to sing with the band during his set. The instant chemistry led to them working together on this album – his fourth.

While it’s a bit early, I won’t be the least bit surprised if Rockers turns out to be among the top blues albums of 2017. Raw, gritty, down and dirty. Everything you want from a great blues album and well worth adding to your personal blues listening library.