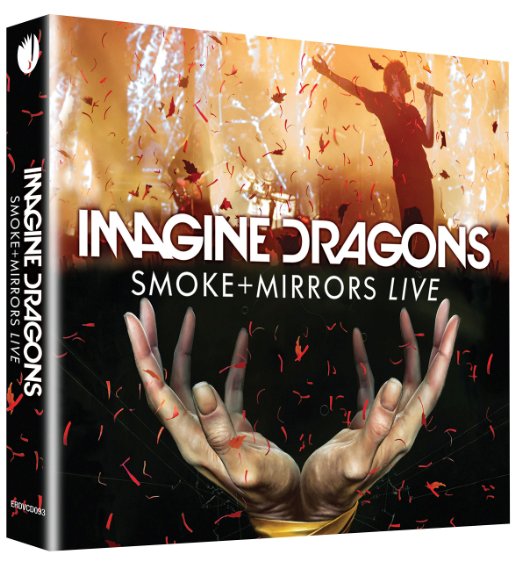 Smoke + Mirrors Live celebrates Grammy® Award winners Imagine Dragons’ decibel-busting, spectacular live show. Capturing one incredible night in Toronto, it sees the band rapturously received by a crowd of 15,000 screaming fans. The band’s phenomenal performance features their multi-platinum hits including Radioactive, I Bet My Life, Shots, Gold and Demons, as well as fan favorites from their first two records and the never before played live, Thief.

The Smoke + Mirrors tour has seen the band play 110 dates in 42 countries on 5 continents. Smoke + Mirrors Live perfectly encapsulates the band’s hugely successful transition to arena shows, fusing multi-sensory production with an intimate fan experience to create an atmosphere that can only be described as electric. Directed by Dick Carruthers (Led Zeppelin, The Killers, Oasis, Beyonce), this concert film offers a one-of-a-kind experience for fans of their sensational live show.

“It's tough to adequately capture a live experience on camera, especially for a production as multi-sensory as the Smoke + Mirrors Tour - but we couldn't be more excited with how it all came together”, said the band. The film really immerses you in the moment and conveys the emotion of the concert. We're excited to share it with fans who couldn't make it out to the tour or for those who want to relive the experience."

The Blu-ray release features a Dolby Atmos® soundtrack, remixed specifically for the home theatre environment, delivering captivating sound that places and moves audio anywhere in the room, including overhead.

This is definitely a must-have collection for Imagine Dragons fans!