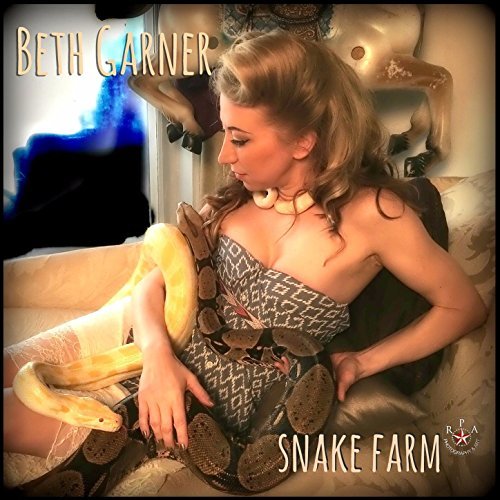 Label: The Music of Nashville/CEN/RED Distribution

Beth Garner talked about the inspirations for the songs on her new CD. “The verses for ‘Alright by Me’ were just for fun and the music and groove is for the band. I liked the chord structure and once we added the background singers, the song became something playful, but still rooted in the blues. I love guitar solos, I wanted to bring them back, since they seem to be disappearing from songs. For that reason, I took two choruses.

“‘Backroads Freddie’ is a little ditty I came up with while literally taking the backroads. There are alleyways in my neighborhood and when I would take a short cut, the words popped in my head. I took the idea to Fred Koller (“Angel Eyes,” “Lord, I Want My Rib Back,” “Let's Talk Dirty in Hawaiian") and he gave me some words to fill out the verses. I wanted the music to depict driving, so under the solos, you can actually feel the band switch gears, into a ZZ Top groove. I wanted this song to become something fun that people could cover and jam on. I initially wanted a guy to sing it, so I sang it low and put overdrive on the vocals to make it growl.”

The song, “Drop Down,” is kind of about the end of the world, she admits. “‘Drop Down’ can mean duck and cover or drop down can mean get down and dance. What will you do when ‘it’ happens? Are you going to finish your eggplant casserole or run to the store and stock up on milk and bullets? Co-written with Fred Koller. I love the background vocals in this song. The major third against the minor. Spooky. I wanted to keep in the roots of the blues and have the slide double the vocals.”

The song “Used to Be” is Beth’s tip of the hat to Hound Dog Taylor and Elmore James. “Every blues album has gotta have that E grinder shuffle,” she declares. “I call this Nashville Blues because the words are so wordy. This song is about being in your 30s, wondering how you ended up where you are and you start looking for your old boyfriend forgetting there were issues, and maybe you would just settle for old time’s sake. But then you take a solo and remember it’s all just the blues.”

The song “Ramblin’ Man” is not a cover of The Allman Brothers Band classic, but rather an original “about a groupie who loves to follow Texas country bands around.

“‘Snake Farm,’ written by Ray Wylie Hubbard, is a story about the non-fictional snake farm located in Texas, just north of San Antonio on I-35. It’s a famous place if you drive that highway.

“‘Wish I Was’ is modern blues. Your radio gets stolen, too broke to replace it. You wanna be a rock star and smash the tele on tour while in London. Never quite happy, restless, the grass is always greener. Take me back to the good old days. There are about seven other verses, only included on live performances. A fun three-chord jam in the style of Hound Dog Taylor and Stevie Wonder.”

“With master musician and engineer Randy Kohrs at the helm, we co-produced these songs,” she says, “all with these rules: it has to be all heart and soul, no more than three or four chords, only A and B sections, and long guitar solos. I wanted to keep the album in line for the purists, but my age and experience let me put my own stamp on what the blues is to me. Muddy Waters says ‘Blues is the roots and music is the fruit.’ The blues to me is summed up in Snake Farm. I can't describe it. You just have to listen to it, and hopefully feel something.”

Tommy Emmanuel Discusses It's Never Too Late
29154 views
Posted October 2015 If you’ve been a Boomerocity reader any time at all, you already know what huge...