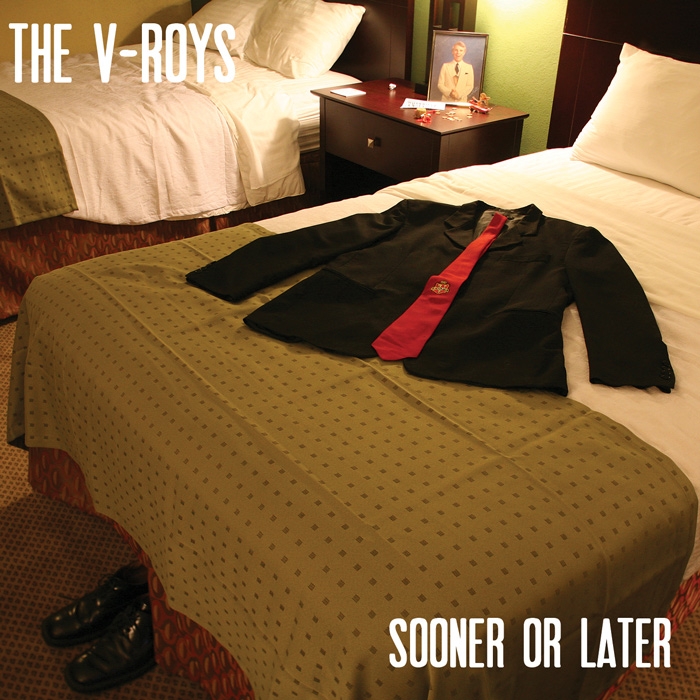 Full Disclosure: I am an east Tennessee native. More precisely, I was born in Maryville, Tennessee, which nowadays may be considered a suburb of Knoxville. However, 50-something years ago, it was a remote standalone community.

The reason why I say all of this is to say that I am naturally predisposed to write great things about Tennesseans – especially east Tennesseans and especially folks from the “throne of God” which most other mere mortals refer to the Knoxville/Smoky Mountain region.

One such group of citizens from the throne of God is band that enjoys a cult-like following even though the band went their separate ways after their 1999 New Year’s Eve show in Knoxville. The V-Roys are comprised of vocalist/guitarist Scott Miller, lead guitarist Mic Harrison, bassist Paxton Sellers and drummer Jeff Bills. The band serviced up a popular, eclectic blend of alternative rock and country that earned them support from the legendary Steve Earle.

Fast forward 12 years later. The V-Roys are offering a re-mastered collection of 13 of their more popular tracks like Fade Away, Cold Beer Hello, and Guess I Know I’m Right. There are two previously unreleased band Mic Harrison gems included in this CD, Someone To Push Around and Hotel Room.

As the old Ronco commercials used to say: “But wait! There’s more!”

Under Jeff Bills’ steady hand in putting the album together, there are also previously unreleased covers of Neil Young’s Burned, Leiber and Stoller’s Smokey Joe’s Café and Tom T. Hall’s That’s How I Got To Memphis.

Bills says, “The goal at the onset was to make it sound as good as we could. We had a production standard we tried to shoot for and did everything in our power, short of animal sacrifice, to get there.”

The album is released on Scott Miller’s label, F.A.Y. Recordings and he says, “When Jeff gave me the final mastered version of this compilation, which he really put the effort into making, he had written Sooner or Later or Just Whenever” on the disc. ‘Perfect!’ I thought. I think we all knew we’d do it sometime. It’s nice to hear (and play) these songs again. I’m proud of what we did and I think it still stands up.”

The 18 song compilation from the V-Roys’ treasure chest is packaged in a telling album cover. It shows a typical hotel room with two full sized beds. One of the band’s signature suits is draped across one of the beds. The requisite night stand (“one night stand”?) is between the beds but there’s something uniquely strange about it. There is no telephone on it but there is a photo of comedian Steve Martin that was included with his 1978 Wild and Crazy Guy album framed and proudly in the place of the phone.

I loved the subtle touch because, a) I’m a huge Steve Martin fan and, b) I, too, have that photo in my home office. Great minds think alike!

Sooner or Later becomes available on September 27th and gives old and new fans alike an opportunity to obtain some of the best alternative rock/country music that has ever been produced.