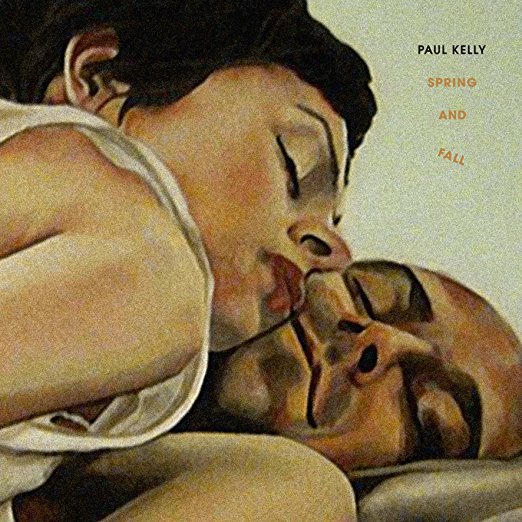 
Paul Kelly’s remarkable new 11-song album Spring and Fall — his 19th studio album and first collection of new material in five years — ranks with the seminal Australian singer-songwriter’s most memorable and resonant work, demonstrating why he’s virtually a national hero in his home country and one of the most celebrated songwriters on the planet.

In a career that’s spanned more than 30 years, Kelly has released a steady stream of albums showcasing his emotionally vivid, musically expansive songwriting and his uncanny ability to distill a novel’s worth of narrative and character detail into an effortlessly melodic pop tune.

Amanda Palmer has stated that "His songwriting is up there with the greats . . . the bittersweet and hard-core honesty of his lyrics is the sort of thing you'll only see once in a lifetime if you're lucky", while Neil Finn of Crowded House asserts, “There is something unique and powerful about the way Kelly mixes up everyday detail with the big issues of life, death, love and struggle — not a trace of pretense or fakery in there.” Australian alt-country diva Kasey Chambers says, “If I was only allowed to listen to one artist for the rest of my life, I would choose Paul Kelly.”

The qualities that have made Paul Kelly an inspiration to his fans and peers are prominent throughout Spring and Fall, which ranks with the artist’s finest work in terms of melodic craft, verbal eloquence and emotional insight, with evocatively spare arrangements that set the ideal tone for such thematically related new Kelly compositions as When A Woman Loves A Man, New Found Year, Someone New and Time and Tide.

“Spring and Fall is a song cycle,” Kelly explains. “It’s been five years since I made a record, and perhaps the experience of writing a book during that time made me attuned to the idea of developing a close-knit structure for the next album I did. I knew I didn’t just want to put out a collection of songs that were loosely related to each other.

“I know that people are listening to music more and more now in a grazing kind of way, picking a song here and a song there, and that spurred me on to try and make a record that would take a stand on behalf of the album,” he continues. “I’m a music grazer myself, but there is still a deep satisfaction in encountering a set of songs that unfolds from start to finish and demands to be heard in its entirety. So Spring and Fall has an arc suggested by its title. There are multiple viewpoints, with links from song to song, and each song contains the seed of the song that follows. They are all love songs and the album is a love story.”

Kelly, accompanied by noted Australian producer/multi-instrumentalist J. Walker from Machine Translations and Paul’s frequent tour guitarist (and nephew) Dan Kelly, recorded most of the album in an isolated country hall in the hills of the remote rural region of South Gippsland in Victoria, Australia in the dead of a turbulent winter, with violent storms, floods, power failures and mild earthquakes regularly threatening to throw the project into turmoil. Despite the threats from nature, the pieces ultimately fell into place, with the sessions emphasizing the immediacy of the live, up-close performances and stark, stripped-down arrangements, with the sounds of the wind and the rain occasionally getting into the microphones. The result is one of the most effortlessly compelling albums of Kelly’s storied career.

“Dan and I have worked a lot as a duo over the last five years, and a sound has developed between us — intimate yet spacious — that we wanted to retain in the studio,” Kelly explains. “In line with keeping the story paramount was the desire to make the songs as concise as possible. Our philosophy was to try and make them work with as little instrumentation as possible. We mostly achieved what we set out to do. The songs stayed short and the story kept moving. No song is over four minutes long and three of them came in under three, which for some reason tickles me a lot. Sub-three-minute songs are all I want to write from now on!”

While he's best known in America for such acclaimed albums as Gossip, Under the Sun, So Much Water So Close to Home, Comedy, Wanted Man and Deeper Water, Paul Kelly’s prolific body of work incorporates a wide array of departures, collaborations and side projects. He’s recorded as a member of the studio super group Stardust Five, branched out stylistically to record an album with the Australian bluegrass combo Uncle Bill and created experimental dub-reggae as part of the techno-groove ensemble Professor Ratbaggy. His interest in aboriginal issues has led him to collaborate with aboriginal songwriter Archie Roach and the multicultural group Yothu Yindi.

He also provided award-winning musical scores for the films Lantana, One Night the Moon and Jindabyne; and wrote songs for, and acted in, the Australian stage play Funerals and Circuses. He’s written songs for several other Australian artists, and was the inspiration for thetribute album Women at the Well, on which 14 female performers interpreted Kelly compositions. He’s published four volumes of his song lyrics, and written pieces for the prestigious Australian magazine The Monthly. Kelly was recently the focus of an all-star tribute concert in Melbourne honoring his30th anniversary as a recording artist, and in 2012 was the subject of the feature-length documentary Paul Kelly: Stories of Me (which will be released on DVD in North America in Sept. of 2013).

Beyond the copious tributes and accolades, it’s Paul Kelly’s songs, and his knack for performing them with maximum conviction, that makes him a world-class creative force, and Spring and Fall ranks with his most powerful work. After more than three decades of music-making, his work remains every bit as adventurous and inspired as ever.7

The three randomly chosen Boomerocity favorites from this great CD are:

When A Woman Loves A Man: Probably one of the best love songs Boomerocity has heard in a very, very long time.

I’M On Your Side: Soothing, beautiful hooks are the foundation of this lyrically beautiful song of devotion – romantic or friendship, it applies to both.

Little Aches and Pains: This one was picked but the title seemed strangely applicable to me right now.

All rights reserved. Permission for use may be obtained by contacting Boomerocity.com . 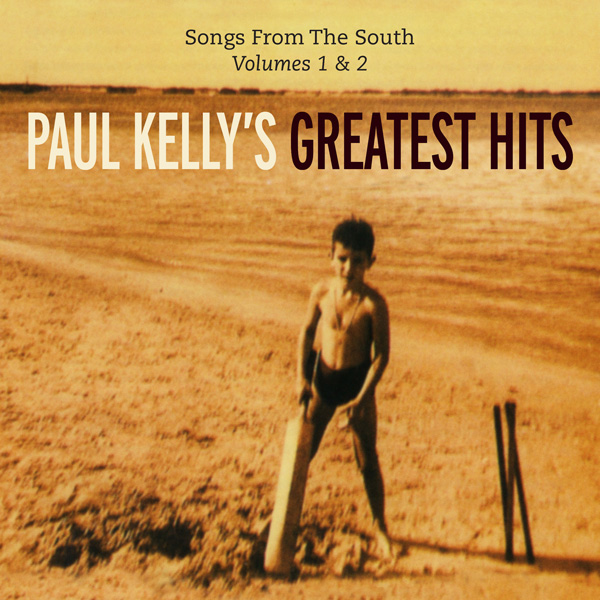 Songs From The South Volumes 1 & 2: Paul