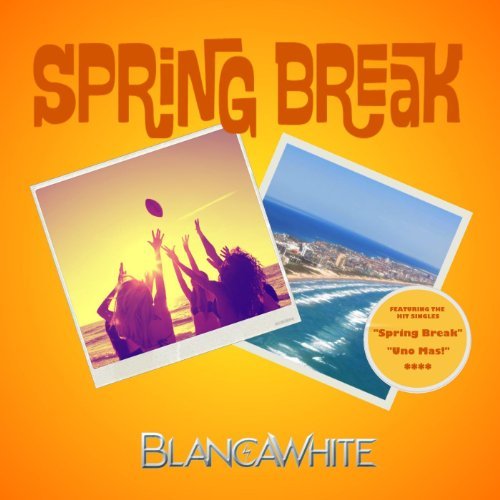 
Bring on “Spring Break”! On the heels of their critically acclaimed debut album, Resurgence of Rock, BlancaWhite has announced the release of two great new singles and an EP that are dedicated to one thing: “This year Spring Break is going to ROCK!”

The single and title track Spring Break is a total beach party, southern fried, boogie boarding, hard drinking, girls-in-bikinis rocker about spring breaks remembered and those yet to come. Uno Mas! is a rock anthem to those times when you need just one more: One more drink ... One more score ... One more party! The two singles headline BlancaWhite’s new EP, Spring Break, which also includes four great party rock songs originally released on the Resurgence of Rock album. The EP is on sale now for $3.99 on iTunes and on Amazon.com (see the right side of this page).

“The new EP is the ultimate rocking soundtrack for spring break,” says BlancaWhite’s Ken Savage. “This is vintage BlancaWhite: hard-partying, fun-loving rock with no other purpose than to have a good time!”

BlancaWhite is named after the world-famous bar in Matamoros, Mexico, just across from the Texas border where Savage and Schell grew up. The band’s signature style is 70’s and 80’s “classic” rock, sung by legendary performers from that era, with lyrics and themes for the modern day.

With Spring Break and Uno Mas!, BlancaWhite delivers two of its greatest songs yet, destined to appeal to the younger crowd heading out for Spring Break 2013. “This is what BlancaWhite is all about,” says Savage. “Making music that resonates today using the style and talent from rock’s greatest era.”

Tommy James
8754 views
Posted April, 2010 I recently was channel surfing on my satellite radio while driving around the Da...

Bob Gruen
Marc Copley of JD and the Straight Shot