On July 16th of this year, blues great, Johnny Winter, passed away in his hotel room while on tour in Switzerland. Not long before his untimely death, he had completed what will undoubtedly be considered as his best work ever. The album is entitled, “Step Back,” and contains thirteen brilliantly recorded and amazingly performed blues tunes.

Almost as a pre-eulogy, Winter and his guitar wingman/producer/manager and close friend, Paul Nelson, assembled some of the most legendary guitarist still alive to help on the record. People like (in order of their playlist appearance) Blues Brothers Horns, Ben Harper, Eric Clapton, Paul Nelson, Brian Seltzer, Billy Gibbons, Joe Bonamassa, Jason Ricci, fellow Woodstock alum, Leslie West, Joe Perry and Dr. John, may very well cause “Step Back” go down as THE landmark blues album of the year . . . if not the decade.

Under Nelson’s skillful hand as producer, Winter left a musical treasure chest of new treatments to old blues tunes that will cause them to be heard in a whole new light. What I found eerily poignant was that one of the two songs that Johnny didn’t have any assistance on was the Son House tune, “Death Letter,” especially when these lines are sung:

“You know I went in my room, I bowed down to pray
The blues came along and drove my spirit away . . .”

Each and every one of the thirteen songs on “Step Back” is worth paying the whole price of the album for. That all said, here are three randomly chosen Boomerocity favorites from the disc:

First and foremost would be the cover of the B.B. King classic, “Sweet Sixteen,” performed with young guitar phenom, Joe Bonamassa.  The guitar work is low down and deliciously dirty. I darn near wore out the digits on this song from slapping the repeat button so many times.

A very close second is the Billy Gibbons assisted, “Where Can You Be”. Gibbons’ voice and guitar work are unmistakable and a wise choice by Winter and Nelson. This, no doubt, would’ve been a huge crowd pleaser for Johnny. We’ll never know.

Finally, the Lightnin’ Hopkins classic, “Mojo Hand,” is helped along with Aerosmith’s Joe Perry. Hearing these two guitar greats jam together will bring a broad smile to any guitar connoisseur’s face.

Music lovers will want this album in their personal listening library – not only because it’s Johnny Winter’s CD swan song, but because of the pure, unadulterated brilliance of performances contained in it.

Yeah, it's that good. 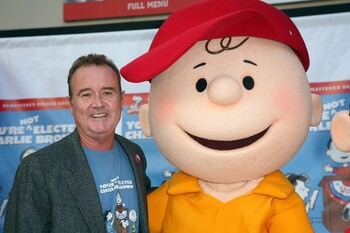