Strange Days: My Life With And Without Jim Morrison 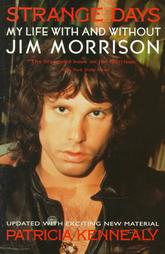 Jim Morrison was a complicated man who, it has been said, compartmentalized his life. From the various accounts by people who knew Morrison on one level or another, they’re sometimes conflicting accounts of him seem to attest to his mosaic personality. Of the women in his life that have commented about the rock legend, I would place them in three categories: family, friends and acquaintances, and lovers.

One such person from the latter group is Patricia Kennealy-Morrison. Actually, one could say that she transcends from the “friends and acquaintances” group into lovers. In the late sixties, Patricia Kennealy was already a highly respected rock critic for Jazz and Pop magazine. She had interviewed the hottest acts in the business and was present during some of the historic performances at the iconic venues of the day, including Woodstock.

The interview led to a friendship and a 2 and a half year relationship that led to romance that led to a Celtic Pagan hand fasting ceremony in which they exchanged vows to become husband and wife. This relationship placed Kennealy-Morrison as one of the two prominent women in the Lizard King’s life at the time of his untimely death in Paris, France, in 1971. This relationship and Patricia’s story about it has made her a lightning rod of controversy and admiration, depending on one’s perspective of Jim Morrison.

Kennealy-Morrison has chronicled her story in the now out of print book, Strange Days. I must admit that I read the book from a dual perspective: as the father of a beautiful daughter in her twenties, I read the book from a father’s perspective. The other was the angle of an objective observer into a very private segment of an icon’s life. One perspective being skewed and negative and the other from the sterile advantage of a researcher.

From the researcher perspective, Strange Days is a very fascinating look into the relationship between Jim and Patricia against the back drop of hotels, apartments, cities, concert venues and the infamous trial in Miami. Patricia sheds light onto a few more of the mosaic tiles of Jim’s personality and psyche. She provides lots of details about the relationship, some quite intimate and, therefore, may not be a book for those who are easily shocked or embarrassed. The reader will be struck by the highly intellectual level that the relationship was largely based on.

Strange Days starts with Patricia’s sojourn to Paris to visit Morrison’s grave two weeks after his untimely death. She mourns, not as a fan or one of many lovers, but as a wife who was robbed of a future with her husband and of the hope of any real closure to his passing. The story then rewinds back to Jim and Patricia’s first meeting, an interview, at the Plaza Hotel and proceeds to tell the story of their relationship and key events during that time.

What I found interesting about Kennealy-Morrison’s story is that, while she could have easily leaned towards elevating Jim Morrison to sainthood or spoken ill of the dead, she appears to “pitch the ball” right down the middle. Not in a compromising way but in a “the facts as I know them” method of relaying the story. You’ll read about the intelligent and romantic poet/rock star as well as the “regular Jim” who was flawed and did things that many men are often guilty of being. Mix those attributes in with a multi-faceted personality like Jim Morrison and you’re bound to witness some mind-blowing events.

It’s to that latter point that I put on my “dad hat” and comment. As a father, it broke my heart to read what Patricia endured while at the age that my daughter is now. At times, I found myself cheering “my daughter” at her achievements. Other times, my heart broke as Patricia experienced treatment from the love of her life that angered me and made the father in me want to step in and fix things, as fathers are often prone to want to do. As strong and independent as Kennealy-Morrison was, and is, she know doubt would have put me or anyone else in their place if they had attempted to play the role of white knight and “rescue” her. Her prince was her white knight, thank you very much.

With my dad hat still on, I switch perspectives and wonder why “my son”, while brilliantly complex, would seemingly disassociate himself from his father, Admiral George Morrison and his mother, Clara.

Strange Days closes with Kennealy-Morrison’s stories around the Oliver Stone movie depicting the story of the Doors, her involvement and distaste for the resulting film, conspiracy theories about Jim’s death, whether or not he’s still alive, and comments about other books on Jim’s legacy.

However, what I found to be most interesting is Patricia Kennealy-Morrison’s interview with herself. She “asks” some pretty bold and tough questions because she’s the only one who can get away with asking them and not be cussed up one side and down another. But answer them she does.

Regardless of your view of Jim Morrison and the Doors, Strange Days is worth the purchase . . . if you can find it. 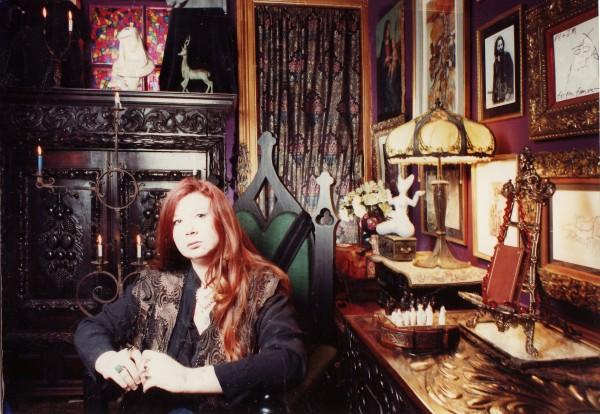