“The Hunting Party” is Linkin Park’s seventh album and the band’s fans are undoubtedly going to feel that the disc has been well worth the wait. As can be said for each of their previous albums, the band shows continued maturity of songwriting that continues to come through their performances.

Linkin Park fans are going to love this album. The twelve songs portray a band with a new sense of purpose and mission. Present is more of the energy and edginess that made the band the revered band that it is.

The three randomly selected tunes to highlight for you are:

Wastelands – Boomerocity wagers that this song will be a crowd favorite. The energy that spews from this song punches the listener right between the eyes.  This one earns repeated slaps of the repeat button.

Until It’s Gone – Mesmerizing. Engaging. Compelling. This is the Boomerocity favorite on this album.

The Final Masquerade – Probably the most “melodic” song from the album, I can see this one getting lots of play on alternative radio stations. It has an almost anthem-like sound and feel to it. I’m anxious to see if this song gets the traction that I think it will get.

I’ll end this reviews as I did with my review of the “Living Things” CD: Linkin Park fans are going to eat this album up and love every musical morsel of it.  People not familiar with Linkin Park would do well to make this album their first purchase of the bands work. 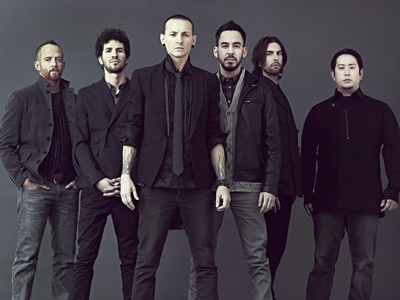