I don’t know about y’all, but I really do miss vinyl records. Of course, I do love the convenience, compactness and efficiency of digital music but I love the album art and the information often contained with an album or even a 45 RPM disc.

In recent years, we’ve begun to see artists enjoying additional revenue opportunities by releasing their new work in special vinyl offerings and even re-issuing their legacy work on new vinyl. These are great collector’s items as well as a great way to listen to music the way we used to: on a turntable.

To that point, the legendary Turtles, pop rockers from the '60s, are releasing a box set of eight 7" vinyl singles celebrating the band’s biggest hits from that decade. Entitled, The Turtles 45 RPM Vinyl Singles Collection (released via FloEdCo/Manifesto Records) the collection includes the #1 hit, “Happy Together,” and the band’s Top-10 cover of Bob Dylan’s “It Ain’t Me Babe.” Also included are other various singles which should have been hits. The Turtles music exists somewhere between early '60s pop and the psychedelia of the latter part of the decade. This collection provides an opportunity for today’s vinyl enthusiast to relive the songs the way they first appeared; as 7" singles.

The band was often compared, back in the day, to acts such as The Beatles, The Byrds, and The Lovin’ Spoonful, but upon listening to the Turtles body of work there is something unique and avant-garde about the songs.  The Turtles formed in Los Angeles in 1965 and quickly scored a hit with their Dylan cover.  This debut was the first in a series of top 40 charting singles in 1965 (“Let Me Be”) and 1966 (“You Baby”). But it isn’t just the hits that are worth a listen; some of their most interesting and innovative singles were not hits.

Their second LP featured a single that didn't chart, “Outside Chance.” The song is included in this collection and is a hidden gem written by the late Warren Zevon. This collection features both the instantly recognizable tracks as well as work by the band that deserves another look by aficionados of late '60s music.

After the second LP there were a series of line-up changes. "Happy Together,” the band’s biggest and possibly best known hit arrived in 1967. The tune, written by Garry Bonner and Alan Gordon, struck a chord with the public and vaulted to #1 on the Billboard singles chart (#12 in the U.K.).  The following year saw the release of “Elenore,” which charted at #6 and features the lyrics; “Your looks intoxicate me  even though your folks hate me, there's no one like you, Elenore, really.”  The band was poking a little fun at their biggest hit from the previous year. This compilation of singles also includes the Ray Davies (Kinks) produced track, “Love in the City;” yet another example of a song deserving reexamination by music fans.  Sometimes the moderate hits and non-hits shine as bright as the #1 smashes.

The Turtles have an interesting history beyond the five year duration of the band. After their five years together (with some personnel reshuffles) the band broke up in 1970 with founders Howard Kaylan and  Mark Volman joining Frank Zappa’s The Mothers of Invention and subsequently striking out on their own again as Flo & Eddie.  The duo also sang backup with T. Rex and continued to be a force in rock music just outside the mainstream.

Their body of work is of particular interest today with the resurgence of interest in both pop bands and psychedelic rock from the late 60s and early 70s. The music is a precursor to bands today such bands as the Black Angels, Rain Parade, The Wytches, and The Horrors.  The music is as relevant today as 40 + years ago when it was released; in fact the intervening years have, if anything, burnished these tunes, demonstrating their timeless appeal.  The Turtles featuring Flo and Eddie tour annually and their website can be viewed at theturtles.com.

I would like to make a purchasing suggestion: Buy at least two of these sets. Have one to listen to and one to keep in its original shrink wrap for added collector’s value. 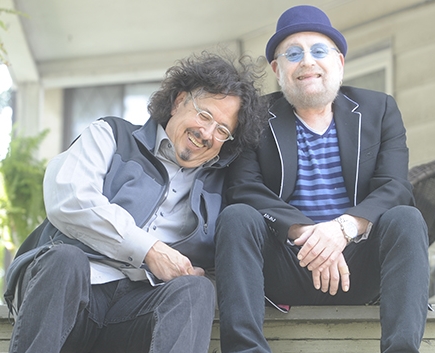 Shell Shocked: My Life with the Turtles, 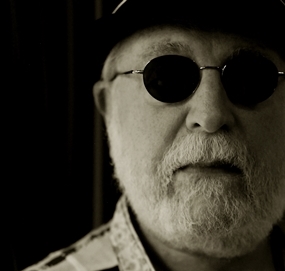