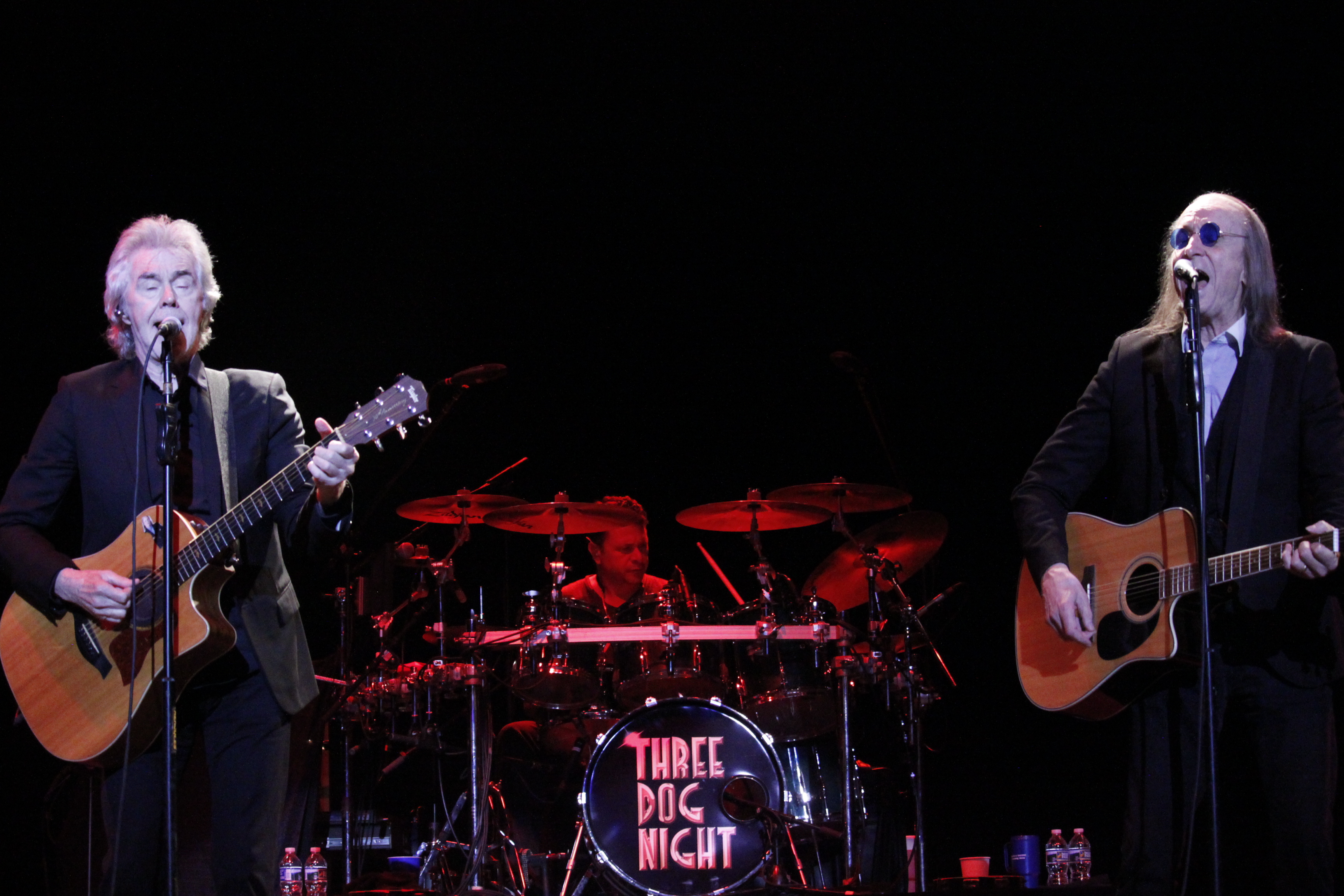 Photo by James R. PattersonOnce again the Tennessee Theatre brings nostalgia to Knoxville. The band known for hit after hit, Three Dog Night, performed to a sold out theatre.

Rocking the theatre with quality sound you would expect of a first rate iconic band. Exceptional vocals and harmonies, that Three Dog Night is famous for, and an incredible sound balance of instruments including those unbelievable keyboard sounds of Eddie Reasoner.

A concert ringing out the memories with tunes like Joy To The World, One, Shambala, Never Been To Spain and on and on to the joy of the excited crowd. The statistics alone exemplify why there was such a large fan base in the house, 1969 through 1974 the group sold more tickets and achieved more top 10 hits than any other band. Three Dog Night rocks on!

Robert Lamm
Dion Shows Us Around His Stompin' Ground