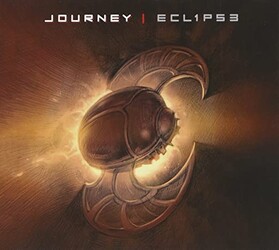 Click Above To Order This Great Album!City of Hope

“There’s a city of hope beyond our fears, where miracles happen, where truth can be heard. Don’t you wanna go to the city of hope?”
From City of Hope by Journey

I’ve never lived in any other country but America. I’ve visited Mexico, Switzerland, Italy, France and the Bahama’s but I’ve always lived in the good ol’ U.S. of A. And, judging by all the folks clamoring to get into our country, I’m left to assume that it’s got to be the greatest place on earth to live and breathe freely.

One of the many, many things that I think is great about our country is that it truly is, at the time of this writing, still the land of tremendous opportunity. Where else can one live as simply or strive to achieve near unlimited greatness than here?

As I attended a Journey concert last night here in Dallas, watching the band perform a flawless show, I was struck by the band’s lead singer, Arnel Pinela. He replaced the band’s legendary vocalist, Steve Perry, and has had a tremendous climb to win the hearts and minds of Journey fans the world over.

However, what I find most remarkable about him is how he came into the roll as lead singer. It was as simple as literally being discovered by Journey guitar icon, Neal Schon, on YouTube. Pinela’s friend, Noel Gomez, who had been posting videos of Arnel’s performances with his Journey cover band in the Philippines, was contacted by Schon and wanted to get in touch with Pinela, who thought the contact was some sort of gag and blew it off.

I mean, wouldn’t you?

Long story short, Neal and Arnel met and began the trek to bring the Filipino vocalist into one of America’s premier and legendary rock bands. How cool is that? And only in America.

There are a lot of people down on this country or even down on their luck. I’d like to tell both groups of people that America is still a city of hope and a shining city on a hill. All of us should never take it for granted that it’s still a place where miracles happen.

Eric Davis Puts the Shoe on the Other Foot With 'Negative Exposure'
435 views
Posted October 2020   If you’ve read Boomerocity much at all, you know that we typically focu...