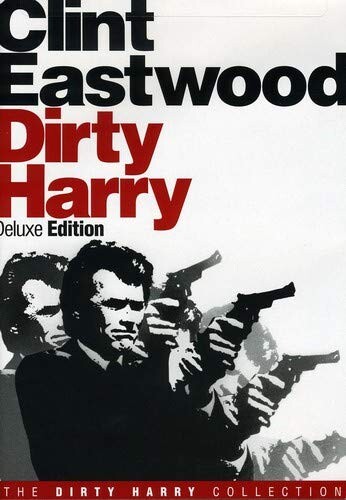 Click Above To Order Your CopyDirty Harry (Originally Published May 4, 2009)

One of my first jobs that I landed after my first year of college was working as a teller at a Savings and Loan in the central corridor of Phoenix. The year was 1979 and I worked at the Home Office branch. Since it was located near the inner city (Central and Osborn for those of you who are familiar with the area), we received more than our fair share of “interesting” people.

One of those “interesting” people was a relatively harmless, middle-aged man who carried a gun. A real one. Maybe it was even loaded.

For the sake of this story, I’ll call him “Dirty Harry”. (A side story: I never laughed so hard while, on a visit to the Men’sRoom, I couldn’t help but notice pants crumpled on the floor in the stall next to me, gun and all. It was “Dirty Harry”.)

One day, Dirty Harry came into our branch to transact some sort of important business . . . like getting change for a dollar or something. It was my incredible luck that I handled his major transaction. This particular visit was interesting, though. Among his inane chatter, he said something that caught my attention. He said, “You’re looking at a possible future celebrity.”

You know how, in a spit second, your mind runs through several thoughts and scenarios? My first thought was a flash back to the scene in the men’s room. My second thought was, “Okay. Does he mean ‘celebrity’ in a Charles Whitman/Arthur Bremer sort of way?”

Once my second or two of thought was complete, I calmly asked “Harry”, “Oh yeah? How is that?” (Brilliant questioning, huh?).

He answered that he had applied at a local radio station. This time, I’m thinking that I should have called him “Dave” from another Eastwood movie, “Play Misty For Me” instead of “Dirty Harry”.

My curiosity piqued, I then asked Harry/Dave how the interview went and when he might know something. He said something to the affect of, “I just turned in my application today but I’m sure they’ll hire me soon!”

I do admire a person with hope and confidence.

I asked Harry/Dave if he had ever been a DJ before. He said, “No, but I think that it would be a pretty cool job to have.”

To borrow a famous quote from the “real” Dirty Harry, “I know what you’re thinking.” You’re thinking, “Randy, what on earth is your point with this interesting but crazy story?”

Here’s my point: I hate to admit it but I think that most of society is much like Harry/Dave in the area of dreams and expectations. Don’t get me wrong. Dreams, goals, and visions by visionaries are what built this incredibly great country of ours. If fact, it’s been said that without a vision, populations die. However, the achievement and realization of those aspirations were usually built on some foundation of reality.

Sure, anything is possible in the good ‘ol U.S. of A. However, Harry/Dave just thought it would be cool to be a DJ. That was his sole motivation for the job he applied for and was not backed up with any training or experience.

We are doing the same thing today. We’ve gone to sub-prime lenders to buy over-priced homes and hope to pay for them with our under-paid wages. We buy the most expensive cars we can, trying to make people think that we’re higher up the economic food chain than we really are. Heck! I know folks that have bought fake Rolex’s to make people think that they were wealthy. In Texas, they describe people like that as being “all hat and no cattle.”

In our personal lives as well as in society as a whole, it just might be a good idea if we throttle back our desires and expectations and make some realistic assessments. We should do so before we face bankruptcy in every area of our lives.

Now, if you disagree with me, I expect you to send me $10 to prove your prosperity. Go ahead. Make my day.