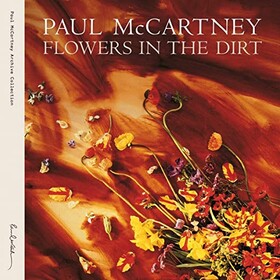 Click Above To Order Your CopyPut It There (Originally posted on FB March 1, 2017. Published here with revisions.)

From “Put It There” by Paul McCartney

The call came out of the blue. It was from a very dear friend of mine – one who I trust completely and who knows me pretty darn well, warts and all.

The conversation started as all of our past conversations have: with warped humor and inside jokes - things that can only happen with a relationship that goes back many years. It was the kind of conversation that I both dearly missed and badly needed but didn’t realize it.

We shared some things that I won’t go into now because, a) I’m not ready to share it; and, b) I still haven’t completely gotten my head around what all was shared next.

What I will say is that I was confronted with the cold, harsh reality that I had failed my dear friend. I wasn’t there for him when he really could’ve benefited from my warped sense of humor or just a listening ear.

As that harsh realization came crushing down on me, a couple of lightbulbs went off in my dimwitted brain. I realized some things about me that I hadn’t before. I’ll share those – and the lessons learned and applied from that – at another time.

What I do want to say now, though, is to never be afraid to be a friend. Never fear being that listening ear. Don’t be too exhausted to be a reliable shoulder for those closest and dearest to lean on.

I’ve known in my “knower” that giving out of one’s need is always mutually beneficial. However, at that time, I had circled the mental wagons rather tightly in most areas of my life, thinking that I didn’t shut out those closest to me. For the most part, I didn’t. However, I found that there have been areas that I did. My intentions were never to hurt those near me. No, far from it. However, while on my mission to remain tough, to keep moving forward, to not fall or fail, and to keep fighting the battles that I faced, I hurt a dear friend with “friendly fire”.

None of us can be all things to all people. In trying to do so we’ll only destroy ourselves. But, as in my case, I did that a little too well. We mustn’t be afraid to be vulnerable in sharing a friend’s or loved one’s load or to let them puke in your ear for a while.

I suspect that in telling them to “put it there,” we just may find the salve for our own wounds; the lamp unto our own feet that we so desperately want and need; the solutions to the problems that vex us in the darkness of night; or the lightening of the load we’re crushed under.

Allie Colleen's Got Some "Stones"
442 views
June 2021   Photo Credit Victoria RothI’ve said these two comments before and I’m saying it a...