Stuck In The Middle With You 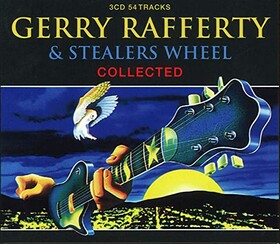 I love to read quotes by the late humorist, Will Rogers. You can find them with a simple search of the internet. What I love about them is that, though he died over 70 years ago, the wisdom found in the humor of his words still stands up today. Check out these gems by this great humorist:

• A remark generally hurts in proportion to its truth.
• All I know is just what I read in the papers, and that's an alibi for my ignorance.
• An ignorant person is one who doesn't know what you have just found out.
• An onion can make people cry but there's never been a vegetable that can make people laugh.
• Buy land. They ain't making any more of the stuff.
• Chaotic action is preferable to orderly inaction.

And, of course, there’s this little goody: Everybody is ignorant, only on different subjects.
However, while Rogers spewed forth great Solomon-like wisdom with regards to life in general, I am in awe of his insight into our government, especially at the Federal level. Check these quotes out and tell me that they couldn’t very well apply today:

• A fool and his money are soon elected.
• About all I can say for the United States Senate is that it opens with a prayer and closes with an investigation.
• Alexander Hamilton started the U.S. Treasury with nothing, and that was the closest our country has ever been to being even.
• Be thankful we're not getting all the government we're paying for.
• Diplomats are just as essential to starting a war as soldiers are for finishing it... You take diplomacy out of war, and the thing would fall flat in a week.
• If you ever injected truth into politics you would have no politics.
• Our constitution protects aliens, drunks and U.S. Senators.

From what I can gather from other of Rogers’ quotes, his party affiliation was Democrat but he relished making fun of both parties. Actually, I stand corrected. Here’s how he described his work: “I don’t make jokes. I just watch the government and report the facts.”

Reading his witty sayings, you quickly get the impression that there wasn’t a politician alive that earned his respect. I think it’s because he saw every politician as a fallible human being, capable of gross error and delivering on that capability with the only efficiency ever found at the governmental level.

I believe that society today would do well to follow Will Rogers’ lead. While the issues of the day are, indeed, incredibly serious, we grant even our favorite politicians much more respect than they deserve. After all, they, too, are very fallible human beings. I don’t mean that we should disrespect them. We just have to keep remembering that even our favorite politician (if we have one) is human and does not deserve to be deified or unduly placed on a pedestal.

Please allow me to go slightly off the path to ask: How does a person whose only real adult job has been to “serve” in the House or Senate and, after 20 or 30 years of such humble servitude, are multi-millionaires with multiple homes? I’m just asking.

This question leads me to some more great words from Will:

• Anything important is never left to the vote of the people. We only get to vote on some man; we never get to vote on what he is to do.
• I have a scheme for stopping war. It's this - no nation is allowed to enter a war till they have paid for the last one.
• It's not what you pay a man, but what he costs you that counts.
• On account of being a democracy and run by the people, we are the only nation in the world that has to keep a government four years, no matter what it does.
• The more you observe politics, the more you've got to admit that each party is worse than the other.

So, we have elections that will take place in November. Keep an eye on YOUR politician and ask yourself if they are REALLY doing what you sincerely feel is the right thing – not just for you but for the country as a whole – and remember what you’ve observed when you vote.

In the mean time, we’ve got to keep plugging along, taking care of our own business and remember another great quote from ol’ Will: “Things in our country run in spite of government, not by aid of it.”

Now, if both sides of the aisle in Congress would just realize this.