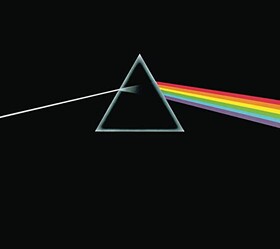 Click Above To Order Your Copy“Every year is getting shorter never seem to find the time. Plans that either come to naught or half a page of scribbled lines . . .”
From “Time” by Pink Floyd

Time is a funny thing. It is something that is often hard to grasp and even harder to manage. We certainly never seem to have enough of it. To add insult to injury, what time we do have seems to be slipping by at an ever-faster rate.

As I write this, I’m listening to the great Pink Floyd classic, Time. The first thing that comes to mind is an incident that happened at the mall I use to hang out at when I was a teenager in Phoenix. The now-closed mall was called Metrocenter and it was quite an amazing place in the 70's.

At that time, Metrocenter had at least three music stores that I remember. The largest of those stores was “Wide, Wide, World of Music” and it was incredible. The front part of the store was rows and rows of every conceivable album. The right rear corner of the store was where guitars and amps were displayed. All of us rock star wannabe’s would pick up the guitar of our dreams, plug in to one of the amps and played what little we knew on the guitar. How painful it must have sounded!

The rear most portion of the store was raised about four feet above the rest of the space and accessible by a short flight of stairs. This is where all the top-of-the-line audio gear was on display. The entire back wall was nothing but a wide variety of the best home audio speakers available.

One day, while going into that store to check out the latest albums and drool over the guitar of my dreams, I heard the infamous clocks of Pink Floyd’s “Time” blaring from the wall of speakers. It seemed as though the ground shook and my bones rattled but that song that I had (by that time) hundreds of times now sounded completely different to me.

In the mid-seventies, a lot of kids felt that the song, “Time” was all about the distinctive sound and the overall feel of the song. Now, thirty-something years later, I listen to the words and am struck by the relevancy of their message. The following lines seem to accurately reflect the state of kids then, and now, as well as many adults who are in some sort of rut:

“Ticking away the moments that make up a dull day
"You fritter and waste the hours in an offhand way.
"Kicking around on a piece of ground in your hometown
"Waiting for someone or something to show you the way.”

Isn’t that how most of us spent our youth? Most of us didn’t have the foggiest clue as to what we wanted to do with our lives. We just expected to be shown what to do and we would do it, except there wasn’t that “someone or something” to show us the way. Even those of us “of faith” felt as though we were bounced around like a pinball in a pinball machine, trying to figure it all out and walk the path to our destiny and hoped we win. Some of us are still searching while others, sadly, never found it before their time ended.

I know of many of you Boomers who, even though you’ve passed the halfway mark of your lives, you’re pursuing college degrees or brand-new careers. It’s tough but you know that the outcomes will be rewarding to you on many levels. But I will also suggest that you’re an inspiration to those who find themselves in the valley of decision.

I know others of you have suddenly found yourselves alone due to a variety of reasons. You have courageously moved forward with starting new lives for yourselves even though your heart is still breaking or feel that you are totally alone. You, too, are an inspiration to others.

I’ll close this segment with a suggestion to those of you still trying to get some traction in this race called “life”. I suggest that, though “one day you find ten years have got behind you. No one told you when to run, you missed the starting gun”, we do still have today. We can make today count as well as all our future today’s.

Today, we can focus like we never have before to find “the way”. The way to God; the way to make our life’s path straighter than it’s ever been; the way to improving relationships; the way to forgiveness from those we’ve wronged or to those who wronged us; the way to higher education or a new career; the way to maybe even just enjoying our own company and not expect others to fill a void.

If you’ve already done all of that, congratulations! Stay the course and don’t you dare deviate unless it’s for even better traction and accomplishment.

You say you haven’t yet begun to change course? Then chart your way to make the most of today one moment at a time. Do so before “the time is gone” and “the song is over”.