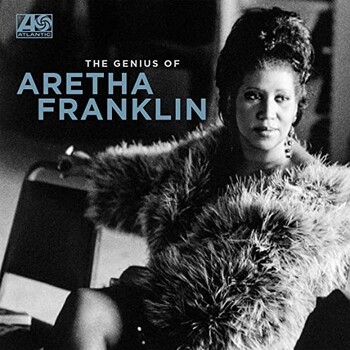 Click Above To Order Your Copy“People walking around everyday, Playing games, taking scores, Trying to make other people lose their minds, Ah, be careful you don't lose yours . . .”

From “Think” by Aretha Franklin

I must admit that, while I’ve been quite aware – and a fan – of Aretha Franklin and her music, I didn’t know much about her life except what little bit I read at the time of her passing three years ago. So, when I went to see the biopic, Respect, about the Queen of Soul’s life and career, I didn’t really know what to expect.

Starring the amazing Jennifer Hudson, Forest Whitaker, and Audra McDonald, Respect was quite an eye-opener for me. As is so often the case, we just don’t have visibility into what goes on in a person’s life when no one else is around. To say that Aretha’s upbringing was jacked up would an extreme understatement.

No, she wasn’t raised in poverty. However, her environment was such that it would skew anyone’s view of what a healthy relationship should be and about people in general. It reminded me of just how sheltered my upbringing was. No, it wasn’t perfect by any stretch of the imagination, but I was quite blessed and lucky. However, I learned later in life that quite a few of my classmates weren’t so blessed or lucky. Yet, they hid it well.

In later years as my path crossed those who I went to grade school or high school with, I listened to their stories of their lives at that time. Abandonment, alcoholism in the home, raised by grandparents they thought were their parents, physical abuse, sexual abuse, rape, teenage pregnancy, depression, suicidal thoughts, and every other kind of travesty and demon a kid should never be aware of let alone experience. It was all more than enough to make a person lose their precious minds.

Those experiences affected each one in a different way. Some became incredibly strong. So strong that one had no clue what they endured. I sure didn’t have a clue. Others bear emotional scars that have remained all these years and understandably so.

Watching Ms. Franklin’s life unfold Hollywood style on the silver screen in front of me, I was struck by how, even as an innocent young child, she presented to those outside her private world a smiling face and warm heart – exactly what she wanted in return.

Watching Respect and the memories they brought to mind admonishes me to, once again, realize that we don’t know what others have gone through that has brought them to this point. A smile. A show of genuine warmth. Holding the door open. Helping them reach for something on the store shelf. A light-hearted exchange with the cashier or waitstaff (and a generous tip). These and many other things can help someone who, unbeknownst to us, are fighting demons both past and/or present. Others may have drove them to feel like they were losing their minds. You can choose to be a force for good by reflecting light, love, and good to those people.

If you are one who is being chased by the demons of your past or present, you are not alone. There are those who have experienced similar things as you and have conquered those foxes who tried to destroy the vines of happiness and sanity in their lives. Pray that those conquerors come into your life and influence you in a positive way. Look for those who exhibit positive strength, light and love.

Aretha turned her life around. Amazingly, it was the faith that was raised in but had terrible examples about that she turned to. Despite horrible examples of what it meant to be a “Christian,” it was light and love that the faith was founded on and about that began a healing in her life.

I don’t want to come across as preaching. Lord knows I would recoil if someone were to do that to me. I am saying that if you’re beat down, scarred and scared by the life you’ve had or are experiencing now, don’t the actions of the evil and the flawed cause you to not reach out to the light, love, and goodness that our Maker can orchestrate to come into your life. It can and does happen and you are worthy for it to happen in your life. Ms. Franklin realized this as have others. You can, too.

Paul Gilbert and His 'Werewolves of Portland'
287 views
Posted July 2021 The interview you're about to watch is with Paul Gilbert. Mr. Big fans and Racer X...