I Need A Drummer - A Tribute To Ronnie Tutt 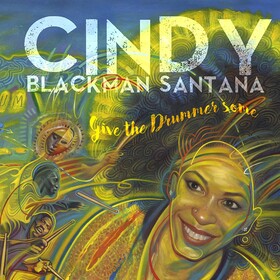 Click Above To Order Your Copy“I need a Drummer
Baby listen I need a beat
Baby I need you to knock me off my feet . . .”

From “I Need A Drummer” by Cindy Blackman Santana

Just as I was about to call it a late night last night, I got the news from reliable sources that legendary drummer, Ronnie Tutt, had died at the age of 83.

I didn’t know Ronnie nor had ever had the privilege of interviewing him (Note to self: don’t ever stall again when someone is heavy on your mind. You should know that by now). Still, his passing hit me in my soft spot for several reasons.

One reason is that he was a couple of years younger than my dad and, well, that’s just a bit close to home for me. Consequently, Ronnie’s passing serves as a tender reminder to continue savoring the moments with my dad.

Secondly, this news comes painfully close to the world’s loss of another iconic drummer, Charlie Watts. These guys were the foundation of some of the most listened to music in the world.

Another reason Ronnie’s transition touches me so is that he was the drummer at the first concert I ever attended: Elvis Presley, Phoenix, Arizona, on Easter Sunday, 1973. Just as I heard on the few Elvis albums I had - especially “Elvis: Aloha From Hawaii” – Tutt played each beat to perfection. What was particularly amazing to me was how incredible fast and perfect he was in beating out the rolls just before Presley would step out on stage to See See Rider as well as when he would take his bows at the end of every show.

All of these reasons converge into one sense of loss – not nearly as deep as it is for Ronnie’s family and friends – but as a fan from afar.

One of the reasons I launched Boomerocity was for it to serve as a source – a platform – to keep baby boomers aware of what the latest was with the icons and influencers of their youth. Its purpose is to show that those people are (and now, in some case, were) impacting us today and are still making great music and memories. As these people leave us one by one, it’s almost as if we are hearing the stereo needle scratching across the music, they hooked us with

A close, dear friend of mine recently asked me what I was going to do with Boomerocity as more of the icons of our youth pass away and they’re not around to interview or make new music for us to talk about.

The answer to that question is currently in several parts. The most important one is that there are still many still alive who I haven’t interviewed. Tutt’s passing is a kick in my butt to go after more of those people – whether they’re still making music or not. They’re still relevant and they’re owed honor because of the many years of enjoyment they provided us through their work.

What else will I do? You’ll see. Right now, I need a drummer as I remember the loss of one of the great ones.

Bonham-Bullick Rock The World With Their Marriage Made In Rock and Roll Heaven
191 views
Posted April 2022 Bonham. Bullick. Say those names in rock and roll circles and some people come t...