Note: Boomerocity originally posted a piece by the same title. Frankly, it sucked so a completely new version is posted today. 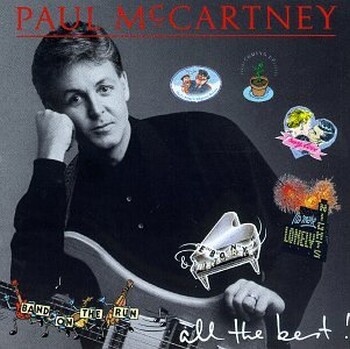 Click Above To Order Your Copy“ . . . I took my bag into a grocer's store. The price is higher than the time before.
Old man asked me why is it more . . .”
From Paul McCartney and Wings’ “Junior’s Farm”

Millennials don’t know what’s hitting them nor do their kids. Prices on pretty much everything are rising . . . FAST. After a generation and a half of what was seemingly low inflation (which, I think, is debatable. More on that in a minute.), the world has been caught flat-footed by the highest inflation in forty years and, to borrow from the Carpenter’s, we’ve only just begun.

Let’s put some things into comparison.

Let’s dial back to 1966 for another great example of inflation. A new Mustang hardtop had an MSRP of $2,522. Adjusted for inflation to “today’s dollars,” that equates to $19,618. However, if you search online for price ranges of a Mustang Hardtop today (not the fastbacks, just the “basic” Mustang hardtop), prices range from approximately $23K to as much as $40K.

In basic, glib terms, it’s merely a matter of supply and demand. It really is that simple. Don’t believe me or, at least, you still don’t understand.

But what about that dozen eggs? There’s not bidding a bidding war on eggs, is there? Not directly. But there is somewhat indirect price pressure on the price of eggs and every other staple of life. One of those prices is the price of gas. Here’s how it works:

Old McDonald (or Junior) had a farm. E-I-E-I-O. And on that farm, he had some chickens (stick with me). Those chickens pop out some eggs. McDonald’s wife keeps some for them to eat (no, they don’t plant them to grow more chickens) and Old McDonald decides to take the rest to market to sell them. To make it simple, let’s assume that his only cost to him for those eggs is a gallon of gas (at, let’s say, $1 per gallon) and, to still keep it simple, let’s say he has only a dozen eggs and that it cost him a gallon of gas, round trip, to take those eggs to the local farmer’s market and sell them.

That makes his “cost of goods sold” $1. In order to break even, those eggs must sell for $1. Assuming that Old McDonald doesn’t need to make a profit, he sells the eggs for a dollar and everyone is happy. He recoups his costs and his customer is happy to have eggs without the muss and fuss of producing the eggs themselves and risk stepping in chicken poop.

The next week, the same story. Except, this time, when Old McDonald goes to the gas pump to gas up and go to market, Holy E-I-E-I-O! Gas is now $1.10 a daggum gallon! He has no choice but to raise his price for his coveted eggs by ten cents.

He gets to market and now, there are TWO customers who NEED his eggs. Last week, it was Mrs. McGillicuddy who bought them to make one of her much sought-after cakes. But, this week, Mr. Snerd needs eggs to serve for breakfast down at his local diner. Both have cash. Both start bidding. The one who bids the highest wins.

This latter example simply symbolizes the supply of money in the world. The more money in supply, the more there is to spend on goods and services. An over abundance drives down its value and it takes more of it to buy stuff. It’s a de facto auction and prices rise and fall in response to it.

Governments try to control it. Well, in fact, they do control the money supply. Uncle Sam runs out of money for the next budget? Just print more. All of this is tracked and it’s called M1 (cash, coins, etc. that is out in the marketplace) and M2 (includes all of M1 plus all types of savings).

Why am I making your eyes glaze over with the economics lesson above? Well, for one, not everyone understands, a) how the economy works; b) that we’ve been through this before; c) there are basic fundamental steps that can be done at certain levels of the government and our economy to level it out.

It’s been done before. It can be done now.

It’s déjà vu all over again.

Kent LaVoie Talks About The New Lobo Re-Masters
290 views
Posted March 2022 When I think back to being a preteen kid when I really started listening to music...

Ron Balducci
Marc Copley of JD and the Straight Shot