For What It's Worth - Part One 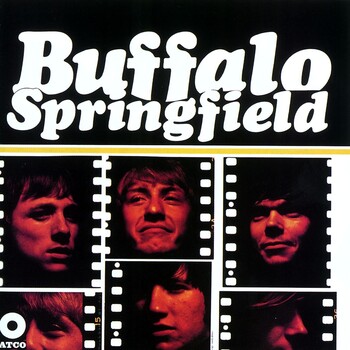 Click Above To Order Your Copy“There's battle lines being drawn. Nobody's right if everybody's wrong . . .”
From Buffalo Springfield’s “For What It’s Worth”

Sometimes, I feel like I’m in my own version of the movie, "Groundhog Day." As I write this, we’re hearing the continued invasion of Ukraine by Russia. I’ve read a lot of various press reports explaining all sorts of different angles and possible theories about these events. I’m not qualified to comment as to who is right and accurate and who isn’t. Those kinds of things are way above my pay grade.

All I know is how things look that I observe. Whether those views are accurate or not, time will tell.

Some of what I see is:

Once again, after years of various anti-war protests against various wars and conflicts, I’m watching former “doves” call for war.

Once again, I’m seeing both ends of the political spectrum seemingly unite against a targeted enemy . . . much like they did in 2001.

Once again, I’m hearing all the news organizations saying the same things in near unison.

Once again, I’m hearing calls for our government to send ungodly amounts of money to help people in another land.

Once again, I’m seeing collections starting to help those victimized by the invasion.

Once again, I’m hearing calls for weapons of war that will unleash unholy hell on the bad guys.

I’m certainly glad that I’m not the one – or even part of the group of people – who must decide what is right and wrong in this situation and determine what the right course of actions are.

I do know this: In most things of this nature – regardless of who is in charge – the masses are often pushed to support certain things – often, extreme things – in the name of all that is good and decent. Then, later, minds begin to shift.

Once again, we’re for something before we’re against it.

Once again, ideology begins to show in the various press outlets.

Once again, we start hearing about aid either being misdirected and/or unaccounted for.

Once again, endless scams take advantage of the good nature of our people.

Once again, we hear about superior military gear fall into the wrong hands.

Once again, we hear of the deaths of innocents in crazy war-time scenarios.

Just once, I wish the world would stop and think. I wish 100% transparency of the lives and finances of every single politician who makes decisions that others must pay for against their will and then follow that money.

I wish most of the world population – when we face these events – would just stop and ask a very hard “why?”.

Some or all the answers may wind up being the same, but I must think that a lot of it wouldn’t. I do know that we’re watching history repeat itself and it happens to be all the ugly.

I don’t at all mean to sound Chamberlain-like, but I do wish that cooler – and much smarter – heads would prevail. Heck! I wish they had already prevailed so that we wouldn’t be faced with this insanity.

In times like these, the words of an ancient wise man come to mind: “Pray for kings and for those in authority.” Some will think that those words are trite and meaningless.

Beth Hart Talks About Her 2018 Tour
6983 views
Posted February 2018 Photo by Mona NordoyIf you’ve been a reader and follower of Boomerocity for an...