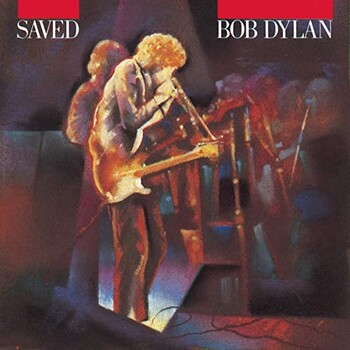 Click Above To Order Your Copy“When they came for Him in the garden, did they know? Did they know He was the Son of God, did they know that He was Lord? Did they hear when He told Peter, ‘Peter, put up your sword’?”
From Bob Dylan’s “In The Garden”

That phrase may not provoke much thought within you, and I can certainly understand why. However, it does mean and represent different things for different people.

For some Christians, it marks the final phase towards Christ’s passion. It is written that it was in the Garden of Gethsemane where Christ painfully prayed, asking God to let the cup of his looming crucifixion pass from him. It’s said that is disciples feel asleep until the temple guards (not Roman soldiers) came to haul him before Pontius Pilate. One of the accounts records that a disciple cut off an ear of one of the guards and that Jesus picked it up and miraculously placed it back on the guard, made totally whole.

From the garden, Christ was taken before Pilate, charged, mocked, scourged, and then made to carry his cross to Golgotha where he was crucified.

You can see what “the garden” holds a special place in the hearts of those who believe that Jesus was sent from God.

My mom used to sing the old C. Austin Miles song, “In The Garden,” at the little church we went to in Phoenix (23rd Avenue, south of Bethany Home Road) when I was a pre-teen. It was a song that Elvis Presley recorded on his “How Great Thou Art” album that won him his first Grammy. The song was played as the backdrop of a slide show my mom’s memorial service four years ago.

The garden is alluded to in the Rolling Stones’ “Sympathy for the Devil,” where it says, “And I was 'round when Jesus Christ, Had his moment of doubt and pain.”

Years later (during his “Christian” period of music), Bob Dylan wrote a song about the garden on his “Saved” album. He sang, “When they came for Him in the garden, did they know? Did they know He was the Son of God; did they know that He was Lord? Did they hear when He told Peter, "Peter, put up your sword"?”

So, yeah, the garden is symbolic to many. What does it symbolize? Solitude and aloneness? Perhaps. I personally think that it the beautiful of God’s creation, we seek to hear from – or attempt bargain with – God.

In my piece this time last year titled, The Outlaw, I wrote, “In my life, I’ve felt, thought, and displayed a haughty piousness that I am now quite embarrassed by. I have experienced a humbling through the hard knocks of life that humbled – and is still humbling – me. Those lessons are still being delivered to me and still sinking in.”

The process of humbling has certainly come through the hard knocks of life and circumstances. It’s also come through lots of quiet time “in the garden.” My garden is several places. One is where I live, surrounded by God’s creation known as The Great Smoky Mountains. I tell my friends that when God created the heavens and the earth, He put His best in the Smoky Mountains and made the rest of the world out of what was left.

My drives in beautiful East Tennessee and my walks in a couple of my favorite parks also make up my “garden.” It is in all those places where I not only pour my heart out to God about the many things on my mind, but it is also where I try to do a lot better at listening.

No, I don’t hear audible words. But it is in those times that some clarity comes. Sometimes, that clarity is revealing things about me where I need to change. That truth hurts a lot of times, but it is the truth.

In the garden, I’m often nudged to “put away my sword” towards others. Sometimes, I’m licking my wounds from betrayals (and there have been a few). Many other times, I ask God where in the world is He? Still, other times, it seems as if He’s putting my ears back on me so that I can hear better.

In all of that, I sense the stronger connection to our Maker.

Joni Mitchell sang in Woodstock, “And we’ve got to get ourselves back to the garden.” I agree. She may have meant getting back to Eden while I am referencing a more self-grooming Gethsemane. Both symbolize a relationship with our Maker.

In this Passover/Easter season, I encourage each of you to go to your “garden”. Maybe you own one. Maybe you must go to one. Yours may be in wooded mountains like mine or in the arid desert. It may be a park in a city. Maybe it’s standing under a tree surrounded by a sidewalk. Regardless of the form of your garden, go to it. Go to it alone.

Dolly Parton Discusses "I Believe In You"
5352 views
Posted October 2017   My earliest memories of the legendary Dolly Parton go way back to the m...