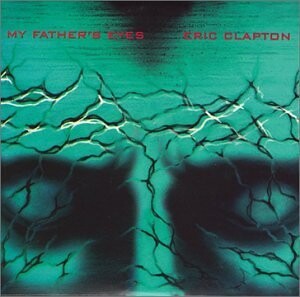 Click Above To Order Your Copy"Bit by bit, I've realized, That he was here with me . And I looked into my father's eyes . . ."
From Eric Clapton’s “My Father’s Eyes”

It’s Father’s Day. I’m sitting in my dad’s living room, watching TV with him. He turned 86 a couple of weeks ago and I’m so privileged that he’s not only still alive, but he’s also incredibly healthy and I get to see him every day,

As is the case with many baby boomers, my sister and I are gladly helping dad with his personal business. We are involved in his medical-related issues (even though he’s healthy). We have frank discussions about what to do with his belongings when he’s gone (even though we don’t want to think about Dad no longer being here).

Like you, we are happy to help our dad. He and our mom worked so hard to give my sister and me a childhood far more comfortable than the one they had on their family’s farms here in Eastern Tennessee.

I remember when my mom was in the hospital having my sister, Dad bought me my first of many Matchbook cars (I still have it in my collection), he told me that his “cars” were empty soda bottles. Such was life on the farm in the 40’s.

Dad graduated valedictorian of his high school class in Madisonville, Tennessee. He never attended college, but he was – and is – incredibly smart. In his senior year of high school, he was offered a job in Washington D.C. with the FBIT but when Lockheed offered him a job, he chose that route, instead. He traded some tools for a set of DeVry instructional books from their correspondence program. He read and taught himself electronics so that he could do his job better. He later took a job as a field engineer with GE in their mainframe division. That division was eventually acquired Honeywell, and then by Bull for the final years of his career.

He and Mom instilled in my sister and me a strong work ethic and sensible frugality but did anything and everything they could for us. To this day, Dad will deny himself even the basic of life for my sister and me. Instead, we gladly do things for him and give to him. It’s the least we can do to honor Dad.

Happy Father’s Day, Dad. You’re the best and we love you!