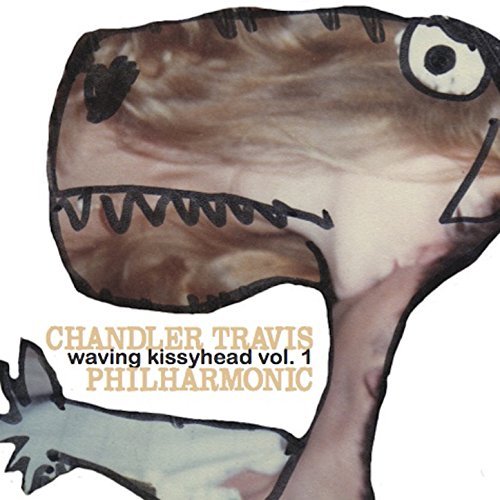 Waving Kissyhead, Vol. 2 & 1 is the band's first full-length release since 2010's Blows. Mostly recorded by Ducky Carlisle at Dimension in Jamaica Plain, the album features 17 examples of what some folks call "alternative Dixieland," "omnipop," or "gospel music for atheists." Or, if you prefer, "un-pop"! WK also happens to arrive during the grand silver twentieth anniversary of the Philharmonic's existence, and Chandler exclaims "I'm borderline proud of the fact that many bands with our commercial potential would've given up years ago, but not us!"

Travis continues, "When I think of Waving Kissyhead, Vol. 2 & 1 (and I do, I think of it far too often), I think of the splendor, the grandeur, and the majesty of the great masters, and wish this was in the same ballpark. But, still, the ballpark it's in, while smellier and not very neat or in the nice part of town, is still a happening little ballpark."

"I've been trying to escape the tagword 'zany' for years," he opines, "but part of the point of Waving Kissyhead is to embrace it for a change (at least occasionally); thus, some of the songs on here (for instance, 'Untitled,' 'Bobby Brown,' and 'E') are rather ******* goofy, and there's a bit more party atmosphere in general. We've tried to prove we were 'Aht-ists' in the past; on this album, we just want to hang around in our little ballpark and drink and eat hot dogs and wear bathrobes."

"Six or seven virtuoso musicians, plus myself and a couple of regular ones, playing more different kinds of wonderful music (albeit almost all written by moi) than regular folks will ever accept on a single album. Carrying on in the manner of the classicists: the aforementioned Kinks and XTC, Ra, Duke, Caetano, the Who, le garcons de la plage, NRBQ, George Carlin (I worked alongside these last two for decades) and on and on...Hopelessly romantic? Yes. But not evil."

The Philharmonic was born in the fall of 1996 at the Lizard Lounge in Cambridge on the occasion of Chandler sitting in with band led by multi-instrumentalist/singer Dinty Child. When asked if he would like to add any additional instrumentation, Chandler, having always hated when elderly bands run out of ideas to this extent, facetiously suggested "oh yeah,let's get some horns and chick back-up singers." Strangely, Dinty complied with the horn part, booking (among others) genius trumpeter Keiichi Hashimoto, and the CTP was surprisingly hatched!

The band released its debut album, Let's Have a Pancake, along with 26 other website-only full-length CDs (the improbable and ground-breaking RadioBall series) in 2000 as a means of welcoming in the new century; five more "official" Philharmonic releases followed, all on the Sonic Trout label, the most recent being 2015s Bocce & Bourbon: the Comfortable Songs of Chandler Travis & David Greenberger collection which also features work (a mix of new and previously unreleased recordings with already circulating material) by most of Chandler's other projects including the Incredible Casuals, the Chandler Travis Three-O, and the Catbirds. The Village Voice declared the ensemble "keenly entertaining", calling Chandler "a true New England eccentric and a master of daft power pop", and the band "a blend of Ringling Bros. and Ra" that "puts the harm back in Philharmonic", and the New Yorker has repeatedly concurred.)

Chandler Travis' career began with Travis Shook and the Club Wow. Besides achieving much popularity on the east coast, the duo brought their peculiar blend of comedy and music all over the U.S. and to the nationwide television audience on such programs as The Tonight Show, the Midnight Special, and The Dick Cavett Show. Along the way, they released an album and appeared on stage with everyone from Bonnie Raitt to Bruce Springsteen to especially good pals NRBQ and George Carlin (with whom they toured for many years) to Elvis Costello to...

In 1980, Travis helped found the Incredible Casuals, who released four albums, toured consistently all over the world, and are still at it, much to the delight of a small but rabid international following.

After eight years, Chandler began moonlighting as a solo performer, presenting the unlikely mixture of oddball humor and incisive songwriting that continue to be his trademark and appearing with such diverse acts as 10,000 Maniacs, Mose Allison, Roger McGuinn, and (deja vu perhaps?) George Carlin. Upon the arrival of the critically lauded writer-songsinger CD, the solo career kicked into high gear with two successful west coast tours and a European jaunt in 1993. Having formed The Chandler Travis Philharmonic in 1996, he'd create the Chandler Travis 3-0  (a quartet of course!) some thirteen years later and then put together the more rock-oriented Catbirds the following year. As unlikely as it might seem ALL these ensembles co-exist peaceably, performing live and recording pretty much continuously. They make Cape Cod and the surrounding regions a much groovier place for live music lovers and offer unimaginable joys to fans of addictively catchy yet offbeat music the world over.