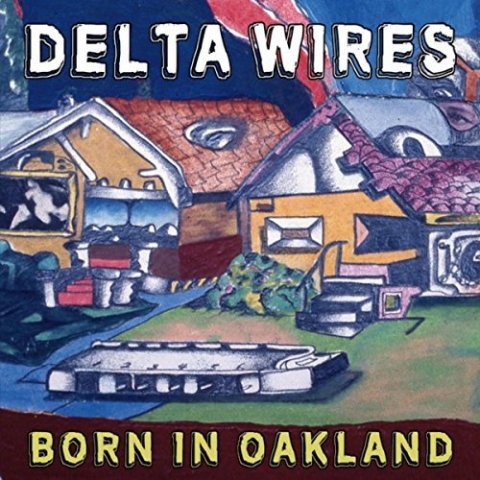 Delta Wires is a powerful harmonica and horns seven-piece band dedicated to modern blues, while paying tribute to the blues origins of the Mississippi Delta. Their name was derived from the image of a band with modern, electric instrumentation, playing a style of music born in the Mississippi Delta. What began as a college project and anthology of blues music from the Mississippi Delta to the South Side of Chicago, inevitably evolved into a band which has become known for its originality, versatility and crisp, tight, exciting, sound. Delta Wires is comprised of Ernie Pinata (harmonica, lead vocals), Tom Gerrits (bass, background vocals), Richard Healy (guitar), Tony Huszar (drums, congas, tambourine), Gerry Jonutz (tenor, alto, baritone saxes), David Bowman (trombone) and John Christensen (trumpet).

A living history of the San Francisco West Coast blues, Delta Wires was truly born in Oakland over 30 years ago. The band started as band leader Ernie Pinata's college project demonstrating the evolution of the blues from the cotton fields of the Mississippi Delta, to Chicago and ultimately, to the West Coast. The small band Ernie put together to play examples of this evolution grew into the high-powered seven-piece band that now calls itself Delta Wires. The band started by playing clubs in Oakland such as Esther's Orbit Room and The Continental Club. Around this same time, legendary bluesman Lowell Fulson sat-in with Delta Wires at the New Orleans House in Berkeley and Ernie Pinata sat-in with the Freddie King Band at Mandrake’s in Berkeley. These were followed by a performance with Buddy Guy and Junior Wells at Keystone Berkeley. The Delta Wires then began to open shows for these blues greats, and continued to grow as musicians and as a band.

Born in Oakland, their seventh album, demonstrates a further maturation of the group’s West Coast blues style, influenced by the ups and downs of city life - and of life, itself. It’s a sound that is truly original and un-typical of what fans might expect from a “blues band.” Both high-energy and moody, with intricate horn arrangements and harmonies, Delta Wires is justifiably proud of what it has accomplished, which includes being voted best band by the East Bay Express and Oakland Magazine, and being inducted into the California Blues Hall of Fame.

They have performed at the San Francisco Blues Festival, Russian River Blues Festival and Monterey Bay Blues Festival, among others, and were 2008 International Blues Challenge finalists in Memphis, Tennessee. Delta Wires has toured or played with many noted artists, including Van Morrison, John Lee Hooker and Buddy Guy. In 2017, they were invited to perform at the prestigious Umbria Jazz Festival in Perugia, Italy.