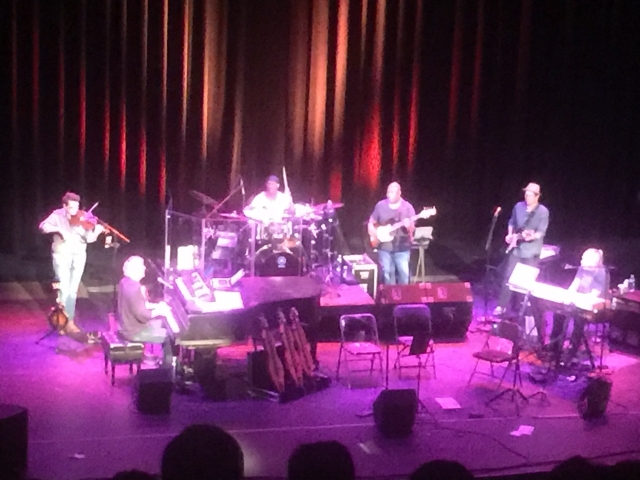 I fondly remember when Bruce Hornsby And The Range hit the airwaves. It was in the mid to late eighties and his hits like The Way It Is, Mandolin Rain, and Every Little Kiss enjoyed heavy rotation on the radio.

I have to admit that, prior to his show Saturday night, I knew little about Bruce or his projects other than those tunes. What I experienced was a surprising delight. I should have known (but didn’t) that Hornsby is amazingly proficient in jazz and bluegrass. Most of his entire set was saturated with progressive, improvisational jazz – even one or two of his hits were recast in the genre.

In addition to recasting That’s The Way It Is and Mandolin Rain in a brooding jazz vibe, Bruce and his band covered some obscure tunes I’d never heard of but loved as well as Don Henley’s The End Of Innocence.

Bruce Hornsby And The Noisemakers delighted the sold out crowd at the hauntingly beautiful Bijou Theatre for pretty close to two hours. That was after an incredible acoustic set by Sean McConnell. Sean is a renowned singer/songwriter who hails from Nashville and whose songs have been recorded by huge names like Brad Paisley, Tim McGraw, Rascal Flatts, Martina McBride, and a whole boatload of others.  I definitely want to catch McConnell again.

Keep up with Bruce Hornsby And The Noisemakers at BruceHornsby.com and Sean McConnell at SeanMcConnell.com.