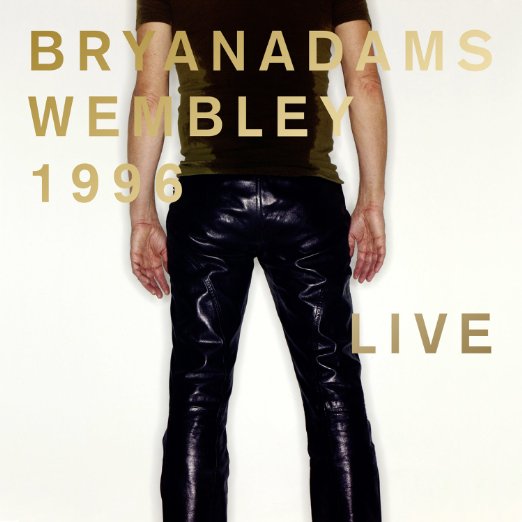 The good guys over at Eagle Rock Entertainment are, once again, coming out with another tremendous, must-have concert DVD: Bryan Adams Wembley 1996 Live.

It was July 27th, 1996 and a sell-out crowd in excess of 70,000 welcomed Bryan Adams to Wembley Stadium on his 18 ‘Til I Die Tour in support of the multi-platinum album of the same name. 18 ‘Til I Die had been released a few weeks earlier and hit the No.1 spot on the UK Albums Chart and gone Top 5 right around Europe. The show opened with the album’s first hit single “The Only Thing That Looks Good On Me Is You” and immediately the stage was set for an energetic, hit packed performance which was received with wild enthusiasm by the huge crowd.

This is the first ever DVD release of this famous Bryan Adams show and it is of course packed with classic tracks including: “Summer Of ’69”, “(Everything I Do) I Do It For You”, “Can’t Stop This Thing We Started”, “The Only Thing That Looks Good On Me Is You”, “It’s Only Love”, “Run To You”, “Kids Wanna Rock,” “18 ‘Til I Die”, “All For Love”, “Heaven”, “Have You Ever Really Loved A Woman” and many more! The storming rendition of “It’s Only Love” features Melissa Etheridge as a special guest.

Wembley 1996 Live is a legendary show for Bryan Adams fans, finally being released on DVD for the first time. With Bryan Adams touring in the US and Canada this September, there is no better time to reconnect with this fantastic performer as well as getting ahead on your Christmas shopping.