Fantasizing About Being Black 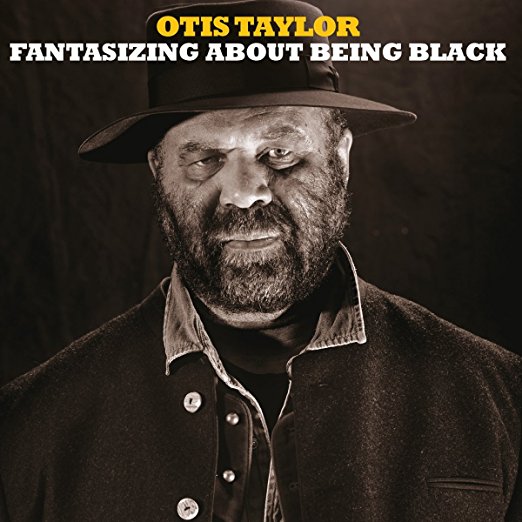 Fantasizing About Being Black

Following his 2015 psychedelic masterpiece Hey Joe Opus/Red Meat, the new album from visionary roots music songwriter and bandleader Otis Taylor, Fantasizing About Being Black, is a stark and poetic lesson on the historical trauma of the African American experience, from the voyages of slave ships to the Mississippi Delta. Taylor simultaneously travels back in time while moving forward as a musical artist. Blending his unique songwriting and the compelling musical approach that he calls “trance blues,” the recording — on Taylor’s Trance Blues Festival label — inspires with stories of the enduring human spirit, letting its hypnotic sound as well as Taylor’s lyrics tell a story of continuing struggle. Street date is February 17, 2017.

“After 15 albums, I’ve taken all of my thoughts about the history of racial injustice and created a musical interpretation for modern times. When I started recording in 2015, I had no idea the topics would become even more relevant,” Taylor says.

Musically, Taylor produces a unique sound that draws on African American culture but is innovative in the instrumentation and arrangement. “I experimented with banjo and fiddle because slaves on the southern plantations played those instruments and I wanted to include the richness of the early African slave instrument sounds throughout the record.”

“If you close your eyes you can imagine the past, yet see the connections and relevance to what’s happening now,” Taylor says.

Typical for the artist, he’s found a unique way of expressing ideas in a work that honors musical traditions yet moves the genre forward in a creative mix that has an intellectual and emotional impact.

The songs on Fantasizing About Being Black comprise a bold and thought-provoking 11-part statement on the African American experience.

The album introduces seven new songs. “Banjo Bam Bam,” the story of a slave in shackles, feels like West African trance rhythms with a dose of Chicago; “Tripping on This,” an ode to an unlikely father-son reunion, evokes John Lee Hooker; “D to E Blues” recalls the constant yearning for freedom in an acoustic blues style so intimate that you feel like you are sitting in the same room; “Jump Out of Line” pays homage to the ever-present fear in Civil Rights marches in a style that touches on Mississippi Hill Country blues; “Just Want to Live With You” cites the hypocrisy of a public official keeping a black mistress and features melodic lead guitar accents from teenager Brandon Niederauer; “Roll Down the Hill” is a rally call to get up when you’ve been pushed down; and “Jump to Mexico” reflects the perils of interracial relationships in the recent past and highlights slide guitar master Jerry Douglas in a soft and heartbreaking Americana ballad.

Taylor also reinterprets some of his most compelling material. “Twelve String Mile,” from When Negroes Walked the Earth, is a song about how invisible blacks were in the 1930s, and demonstrates that blues is truly roots music. “Walk on Water,” about a black man who wants to renew his relationship with a woman of a different race, is an acoustic power-driven whaler’s sleigh ride, with seamless interplay of guitar and cornet; it appeared previously on Truth Is Not Fiction and Pentatonic Wars and Love Songs. “Hands on Your Stomach,” in which a slave woman with a dream of being free, combines Taylor’s signature trance music with textured psychedelic leads from Brandon Niederauer. “Jump Jelly Belly,” about black soldiers in WW2 who had the dangerous job of transferring cargo between ships on the English Channel, sounds like Charley Patton meets James Brown. These last two are from Respect the Dead.

A thread of social justice always runs through Taylor’s work. His 2013 album, My World Is Gone, explored the struggles of Native Americans and enlisted the guitar of Indigenous frontman Mato Nanji, who is a member of the Nakota Nation. Recapturing the Banjo was a brilliant effort to recognize the African roots of the banjo and move it forward with a group of stellar contemporary blues artists. The powerful single “Ten Million Slaves” was picked up for the Michael Mann movie Public Enemies in 2009.

Taylor has been pursuing his own singular musical vision — a fusion of the primal hum of raw, primitive blues and contemporary, free-ranging expressionism — since the 1960s, when the banjoist, guitarist, bassist and harmonica player first toured the U.S. and Europe with a variety of blues-based bands including Zephyr, for whom Taylor played bass, and T&O Short Line, which included the late legendary guitarist Tommy Bolin.

Taylor left the music business in 1977 to pursue dealing in art and antiques, and to raise a family. He also pursued his passion for bicycle racing, as a coach. During the ’90s, Taylor was drawn back into music making by friends in the Boulder area. By 1996 and the arrival of his debut album Blue-Eyed Monster, he was performing once again. With the release of his next two discs, When Negroes Walked the Earth and White African, Taylor began to emerge as a singular voice in the American roots scene, acclaimed here and abroad for his riveting music and his unflinching honesty in writing about racism, struggle, freedom, heritage and the complications of human life.

To date he has received 16 Blues Music Award (BMA) nominations. White African captured a BMA for best debut album. Taylor is also nominated regularly as an instrumentalist for his banjo playing, and won a Blues Music Award for his original style in 2009, following the release of Recapturing the Banjo. His albums Double V, Definition of a Circle and Recapturing the Banjo all won DownBeat’s Best Blues CD award in 2005, 2007 and 2008, respectively. He also took the magazine’s Critic’s Choice Award for Best Blues Album for 2003’s Truth Is Not Fiction. In 2000, he was awarded a fellowship from the Sundance Institute’s Composers’ Lab, and Taylor has been nominated two times for the prestigious Académie Charles Cros award in France, winning the Grand Prix du Disc for Blues in 2012. Three years ago, Contraband — his 12th album — took theDownBeat Critics’ Choice award again for Blues Album of the Year. His most recent album, Hey Joe Opus Red Meat is on display in the new Smithsonian Museum of African American History and Culture.

Following extensive touring in Europe, including six tours opening for the late Irish guitar legend Gary Moore, Taylor began his Trance Blues Festival in 2010. The annual event, held in November at Boulder’s eTown Hall, brings a broad cast of professional and amateur musicians together for performances, jams and workshops.

Derek Sherinian
6587 views
Posted September, 2011   As a teenager growing up in Phoenix in the seventies, it seemed that...