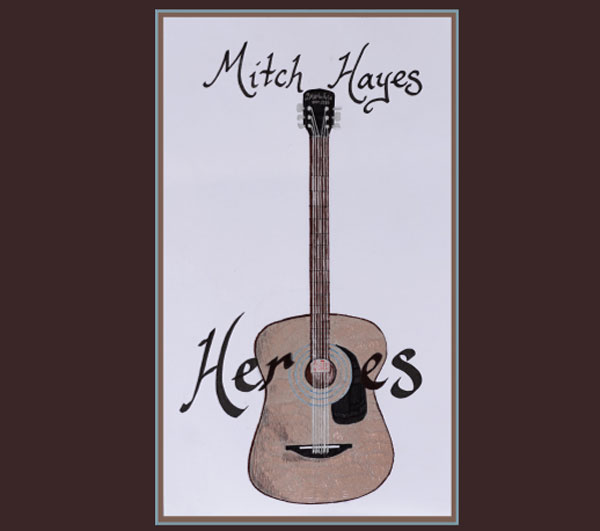 Mitch Hayes is a singer-songwriter from the Charlotte, NC area. His Original Folk/Americana music is reminiscent of the artists whose music defined a generation, from the mid 60's to the early 70's. His songs will take you on an emotional journey through timeless themes such as love and loss, joy and sadness and social consciousness. His lyrics will sometimes make you laugh, sometimes make you cry, but will always entertain you.

Sometimes Mitch performs as a solo artist. Sometimes he performs as a duet with his daughter Erin Hayes on flute and vocals. Then there is his "Mitch Hayes Trio," with Erin and songwriter and lead guitarist Mike Alicke. Last but not least, Hayes performs on occasion with the band, "Last Chance, Bruce!" Band members are Mitch, Erin, bassist Jim Edwards, guitarist Shawn Kaupish and drummer Scott Newell. Any way you cut it, a Mitch Hayes show is a wonderfully entertaining experience and one that should not be missed!

Hayes has two albums to his credit. In 2014 he released his debut CD, "My Reflection," recorded at On Pop of The World Studio in Greensboro, NC. The album was engineered, mixed and co-produced with Randy Seals and mastered by Eric Lovell of Blu Bubble Studios of Charlotte, NC. Contributing to this project were some of the finest musicians in Greensboro as well as Haye’s own son and daughter Jordan and Erin Hayes, performing background and harmony vocals. The CD also features a fiddle solo by another family member, Tom Demer.

This recording took almost two and a half years to complete as halfway through, Hayes was sidelined with, and underwent treatment for, throat cancer. Therapy was successful and he is now cancer-free. However, this experience left him with some changes to his voice. "I went from having a smooth sounding voice to having more of a rough edge, like Bob Seger or Tom Waits. But I'm just happy to be able to sing and perform my songs, again,” recalls Hayes.

In August 2016, Hayes released his sophomore CD, "Heroes," recorded, mixed, mastered and produced by Eric Lovell at Blu Bubble Studios in Charlotte. Some of Charlotte's most talented musicians and singers contributed to this project, as well as again including vocal performances by Mitch’s son and daughter, Jordan and Erin Hayes. The album title "Heroes" comes from the fact that many of the songs share somewhat of a common theme. They speak of personal, spiritual and musical heroes that have had a profound effect on Mitch during his lifetime. "These are men and women, some alive and some that have passed on whose words and lives inspire me to strive to be the best me, I can be."

Heroes can be ordered at MitchHayesMusic.com.

Monte Montgomery
6389 views
Posted January, 2011 In June of this year, I enjoyed one of those rare dates with my ...