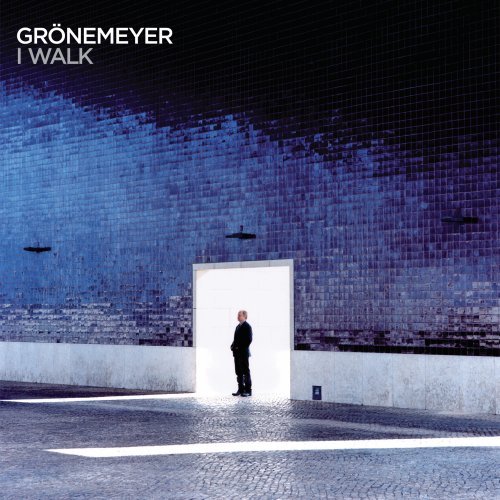 German superstar Herbert Grönemeyer makes his U.S. recording debut with the release of his new album entitled I WALK. This 13-song album features, for the first time in English, some of the most impressive songs from the award-winning songwriter’s vast catalog alongside two new songs. With the album’s lead-off track, Mensch, Grönemeyer is joined on vocals by U2’s Bono, one of the special guests on the record, along with Antony Hegarty of Antony and The Johnsons on the dramatic Will I Ever Learn and guitarist James Dean Bradfield of Manic Street Preachers on To The Sea.

I WALK is a touching and passionate collection of songs about love, loss and survival. In a recent UK Telegraph feature Bono explained “There’s always more to Herbert’s songs than you first hear, ‘Mensch’ is a really profound song about the coldness and steeliness that friendship and love sometimes need to survive, a most unromantic paean to romance. That stuff appeals to me.” The paper went on to say “Grönemeyer is a singer-songwriter of the highest order, a deep lyricist and richly melodic composer with a gruff, grown-up voice and vigorous stage presence, whose thoughtful songs deal with the real stuff of life” while veteran Jools Holland, in another recent UK interview, calls him “an incredibly talented musician and songwriter”

Alongside the new album release, Grönemeyer will be making a full U.S. tour that will begin in September 2013. Until then, American audiences will also be able to watch him in his first public television special, Herbert Grönemeyer: I Walk. Taped at Potsdam in Germany, and featuring Bono of U2 as a guest star, Grönemeyer combines his own original songs with some of his favorite classics in a one-hour concert that premiered in America earlier this month with additional dates scheduled to air across the U.S. through June 2013.

The television special, which aired on WLIW during the public television station’s December pledge drive, includes two duets with Bono: an English version of Herbert's biggest hit, Mensch, and also the U2 classic, Stuck In A Moment. Other songs performed include The Tunnel, composed by Herbert for the soundtrack of the film The American starring George Clooney, The Letter (made popular by Joe Cocker), and Marie by Randy Newman.