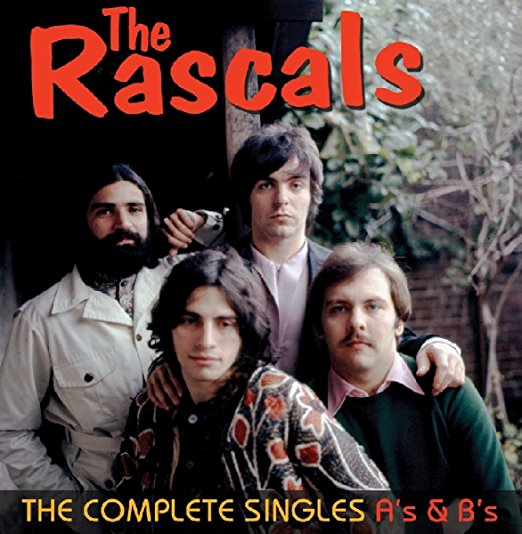 With two fantastic singers and songwriters in Felix Cavaliere and Eddie Brigati, an underrated guitarist and songwriter in Gene Cornish, and the great Dino Danelli on drums (plus a pair of studio Svengalis in engineer Tom Dowd and arranger Arif Mardin to rival George Martin), The Rascals were the closest answer America had to The Beatles during the ’60s.

The resemblance wasn’t limited to the composition of their line-up and the profusion of hit releases, either; like the Fab Four, The Rascals were able to author chart-topping singles while simultaneously crafting albums that held together as artistic statements. Witness the fact that The Rascals’ albums have seen numerous reissues by multiple labels; their singles, on the other hand, have eluded a comprehensive collection, in large part because the band had two phases to their career, one with the Atlantic label, the other on Columbia.

Now, just over 50 years after they first hit the top of the charts with “Good Lovin’,” Real Gone Music is offering the first-ever compilation to collect all of the band’s single sides in one place. At 47 songs strong, The Complete Singles A’s & B’s includes the A and B-side of every single The Rascals ever cut, both their hit Atlantic tracks and their later Columbia 7” releases.

Along the way you’ll hear such legendary songs as “I Ain’t Gonna Eat Out My Heart Anymore,” “Good Lovin’,” “Groovin’” (also here in its Spanish and Italian versions!), “I’ve Been Lonely Too Long,” “A Girl Like You,” “How Can I Be Sure,” “A Beautiful Morning,” “People Got to Be Free,” “See,” and more, the earlier tracks in their original mono single mixes (termed “the money mixes” by Cornish), the later songs in their stereo single mixes (28 of the 47 songs on the collection are mono).

Such a monumental release deserves annotation commensurate with its importance, and for this 2-CD set Ed Osborne has penned a 4500-word essay containing exclusive quotes from Cavaliere, Brigati, and Cornish, punctuated with rare European picture sleeve singles and photos. Remastered by Mike Milchner at SonicVision, and featuring a total of 19 charting songs, The Complete Singles A’s & B’s  takes its place as the definitive career-spanning collection from America’s greatest blue-eyed soul outfit.

This is a definite must-have for every music lover’s library.

Nils Lofgren On 'Weathered' and the Pandemic
1140 views
Posted September 2020 We’re always flattered here at Boomerocity when we get to speak to an artist....