The Fever – The Remastered Epic Recordings 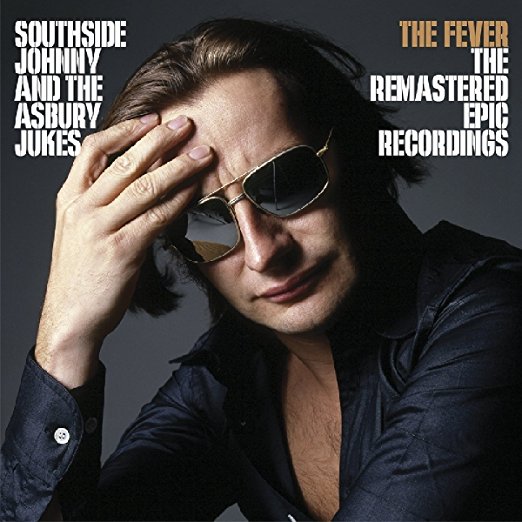 The Fever – The Remastered Epic Recordings

Southside Johnny and The Asbury Jukes

Here at last is the anthology Southside Johnny and The Asbury Jukes fans have been waiting for, the one that not only includes all four albums the group cut with Miami Steve Van Zandt (including the CD debut of the promo-only LP Jukes Live at the Bottom Line), but also finally, finally presents this seminal body of work in newly remastered form.

Indeed, the Epic recordings of Southside Johnny and the Asbury Jukes, the crucial early sides that made their reputation (and featured a ton of Springsteen/E Street Band spillover), have long suffered from indifferent sound and packaging, as all reissues have been taken from the same digital masters made at the dawn of the CD era. The Fever – The Remastered Epic Recordings changes all that—all four Epic albums including I Don’t Want to Go Home, Jukes Live at the Bottom Line, This Time It’s for Real, and Hearts of Stone (plus the single version of “Havin’ a Party”) appear here in brand-new, sparkling versions remastered from the original master tapes by Mark Wilder at Battery Studios in New York.

What’s more, the 2-CD, 40-track collection offers new liner notes by Chris Morris that feature fresh quotes from Southside Johnny himself, and Bruce Springsteen’s original liner notes for I Don’t Want to Go Home. Speaking of Springsteen, his fingerprints are all over these projects, with such songs as “The Fever,” “Little Girl So Fine,” “Love on the Wrong Side of Town,” “When You Dance,” “Talk to Me,” “Trapped Again,” and “Hearts of Stone” all written or co-written by The Boss, while Van Zandt not only produced all four Epic albums but wrote much of the repertoire.

But the real star here, of course, is Southside Johnny himself, one of the great white R&B singers of this or any other time, backed by a crack band including The Miami Horns and with such special guests as Ronnie Spector, The Coasters, The Drifters, and The Five Satins. Joyful, soulful music finally sounding the way it oughtta!