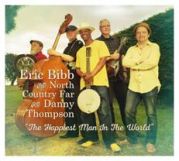 Stony Plain Records has set a May 6 release date for The Happiest Man in the World, the latest album from award-winning roots musician Eric Bibb, which teams him up with the group North Country Far and legendary bassist Danny Thompson.

The Happiest Man in the World is a 14-track tasty gumbo of country blues songs recorded in the English countryside with an exuberant, soulful spirit that feels like the perfect soundtrack for relaxing on the back porch or the front parlor. Led by multiple Blues Music Award-winner Eric Bibb, this stellar acoustic band is made up of musicians who have known each other for years. It features famed upright bassist Danny Thompson, whose resume includes work with such acclaimed artists as Alexis Korner, Donovan, Richard Thompson (no relation), Pentangle and John Martyn. The album also includes a bonus instrumental track, “King Size Bed,” which is available only in the Deluxe digital edition.

In the liner notes for The Happiest Man in the World, Eric Bibb talks about how the album came together. “Some years ago, when I was living in Helsinki, I had the good fortune of meeting the Haavisto brothers – Janne, a very groovy drummer, and Olli, a wonderful dobro and pedal steel player. In addition to being fine musicians, both of them are experienced recording engineers. We became friends and began working together on various recording projects. Olli introduced me to Petri Hakala. He not only plays great mandolin & mandola, he also makes his own instruments! We started playing gigs advertised as Eric Bibb and North Country Far. Like most musicians, we began sharing road stories, telling tall tales and name-dropping. At some point I mentioned that a few years back I’d had a chance to tour with Danny Thompson, the legendary bassist. Fast-forward. One day, during a recording session, Olli said, ‘It would be great to make a record with Danny – he’s one of my heroes. Any chance?’

“And it happened - because it was meant to be! We met at The Grange (a residential studio where I’d recorded an album years before) near Norfolk, England. Together, for a few days in the month of July, with veteran sound engineer Dave Williams at the console, we experienced something beautifully friendly and elevating. I’d do it again in a heartbeat!”

The Happiest Man in the World continues Eric Bibb’s tradition of versatility in expressing his musical craft. His last album, the universally-acclaimed Lead Belly’s Gold, was a tribute to the iconic bluesman that saw Bibb join forces with French harmonica master JJ Milteau for an album of songs recorded at famed Paris jazz club, The Sunset, as well as five new studio recordings.

Eric Bibb’s career spans over five decades, 36 albums, countless radio and TV shows and non-stop tours, making him one of the leading bluesmen of his generation. Bibb tours regularly throughout the world and already has dates booked at both showcase venues and festivals throughout the spring and summer in the USA and Canada. 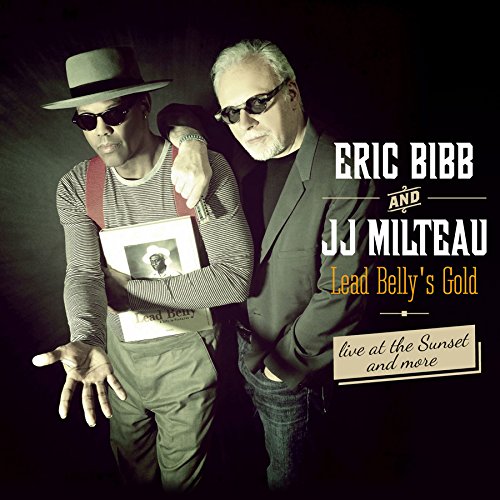