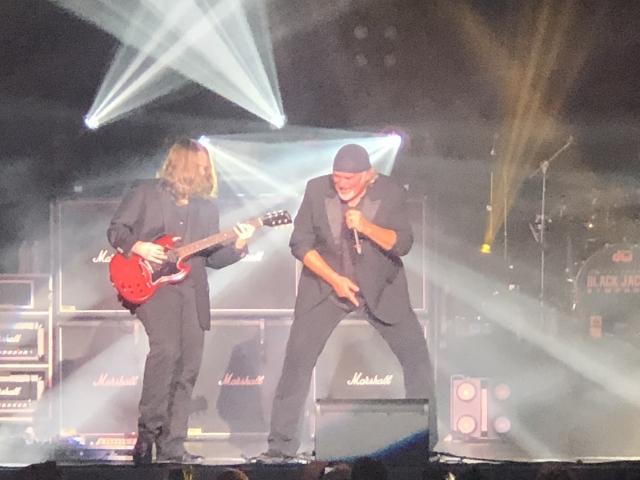 Photo by Hollie ReidI’m a long time AC/DC fan. Long time as in ever since I was born. My dad has been playing AC/DC for me ever since I came out of the womb so getting to hear Black Jacket Symphony's rendition of Back in Black was the next best thing to actually being at a real AC/DC concert. They made it feel so real. If they would have had the school boy outfits on, then it would have been like you were right back in the 70's - an era I would have loved to have experienced.

The opening song, of course, was "Hells Bells". They started off with a bang. The theater gets dark and with the stage lit in red lighting you hear the iconic bells. Chills go up your spine and your hair stand on end and you know you are about to witness some of the greatest music ever written. Next the guitar comes in and then the drums. The crowd goes wild. A mix of youngsters, who have inherited their hard taste of music from their parents, the middle-aged fans who were in the prime of their life while AC/DC were touring, and, of course, the seasoned veterans who bleed classic rock and it helped shape who they are today. Once the lead singer chimed in, you knew it was the real deal. The lighting was synced perfectly to the beat of the drums and the vocals were on point. As soon as the song was over, you knew the atmosphere was set for the perfect rock concert.

The crowd was engaged the whole performance. "Let Me Put My Love Into You" showed the real talent of the lead guitarist. 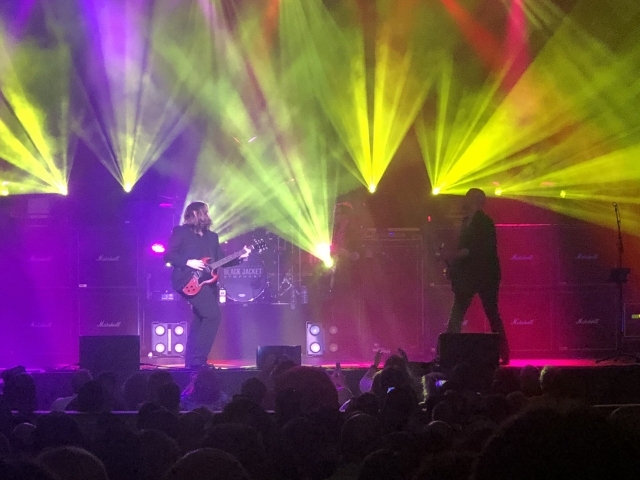 Photo by Hollie Reid With the spotlight on him, the song begins with him ripping the guitar. Hitting every note as perfect as Angus Young. As the song reaches the chorus, everyone in the building was ready to sing their favorite part of the song. Vocals, bass, drums, guitar were all on point. Throughout the concert the guitarist was outstanding with hitting every note and performing solos.

Of course, to wrap up the concert and put a big red bow on it, the bag pipes made an appearance and blew everyone away. "It's a long way to the top if you want to rock and roll" made you want to become a rock and roll star. Hearing the bag pipes, the strong, rough, rock voice of the lead singer, the loud bass and drums beating in your chest and the guitars hitting every note perfectly was enough to make you want to give up your day job and become that rock star who tours the world in a bus. The lighting with smoke, sweat, and shots of Jager on stage while performing set the perfect atmosphere for being a hard rock junkie.